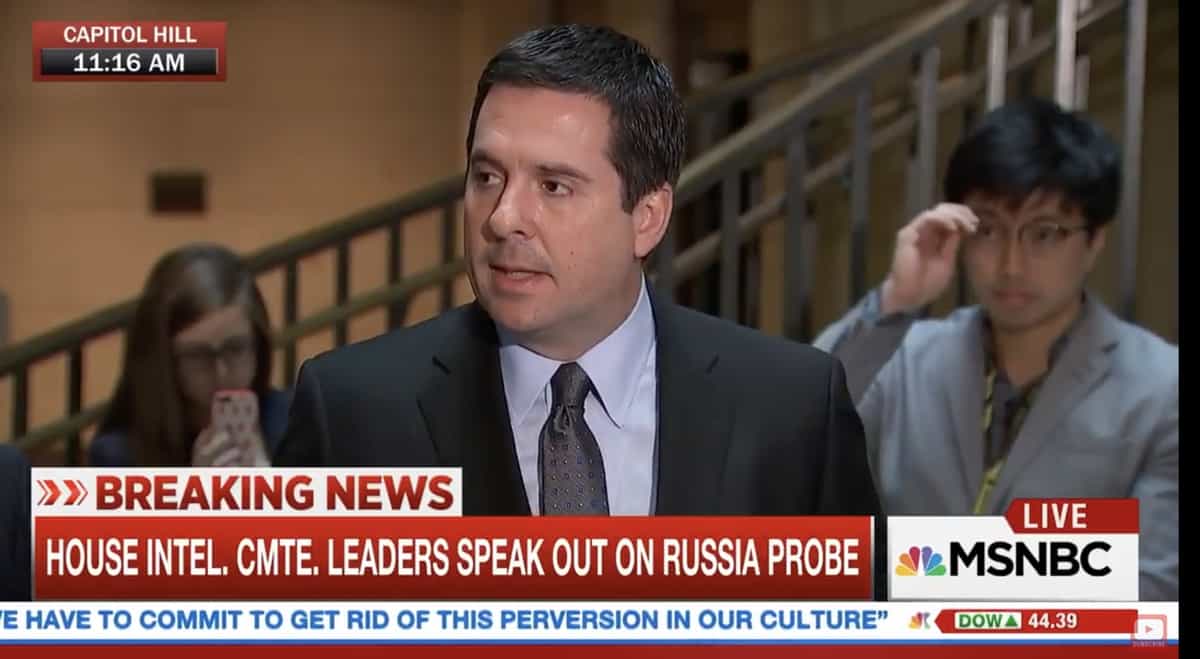 Rep. Devin Nunes, the chairman of the House Intelligence Committee, was on White House grounds the day before he unilaterally relayed intel information to Donald Trump and then made a breathless announcement to the press that he had seen intel with information that Trump and his advisors may have been captured in incidental surveillance of other targets, CNN reports:

No one in the White House was aware that he was there, Nunes said.

The California Republican said he was there for additional meetings “to confirm what I already knew” but said he wouldn’t comment further so as to not “compromise sources and methods.” He went to the building because he needed a secure area to view the information, he told CNN.

Nunes actions are under suspicion by some who believe he may have been giving Trump cover for his claims of wiretapping by President Obama.

Nunes also pushed back against a story in the Daily Beast about his whereabouts the night before his press conference.

Hours before the chairman of the House Intelligence Committee announced his shocking claims about surveillance of the Trump transition team on Wednesday morning, he practically disappeared.

Rep. Devin Nunes was traveling with a senior committee staffer in an Uber on Tuesday evening when he received a communication on his phone, three committee officials and a former national security official with ties to the committee told The Daily Beast. After the message, Nunes left the car abruptly, leaving his own staffer in the dark about his whereabouts.

By the next morning, Nunes hastily announced a press conference. His own aides, up to the most senior level, did not know what their boss planned to say next. Nunes’ choice to keep senior staff out of the loop was highly unusual.

Rep. Adam Schiff, the leading Democrat on the House Intel Committee,  said on Friday that he believes an independent investigation of the Trump-Russia ties is warranted and blasted Nunes for withholding the intel he brought to Trump last week from the full committee.