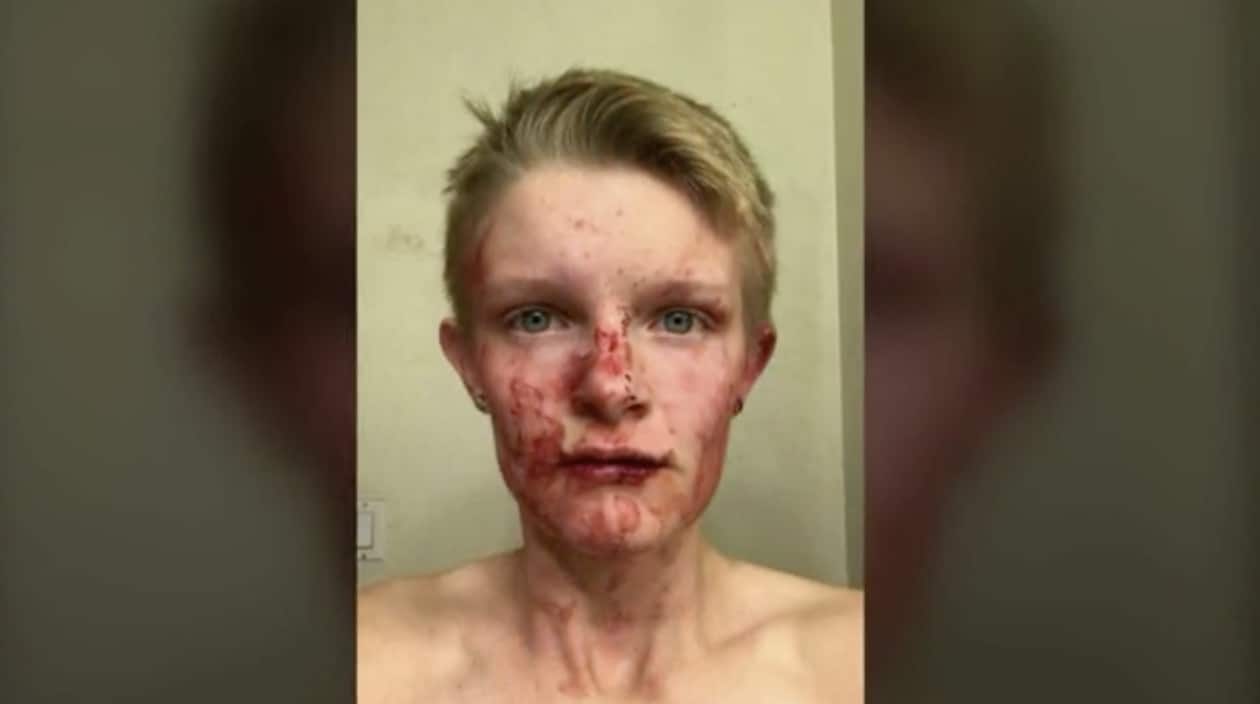 A gay couple in Santa Fe, New Mexico say they were attacked by a straight couple with kids outside Kai Sushi restaurant after the couple had given them “dirty looks” inside the establishment.

Amelia Allen and Haley Pryor say they were attacked because they are gay, News 13 reports:

“They definitely were aiming a lot of the anger at me because of how I look, I’m certain,” Pryor said.

Punching and choking her, she said, as her girlfriend grabbed a crow bar from their truck to fight them off before they say the unidentified man and woman drove away.

While they don’t have cameras outside, KRQE News 13 has learned Kai does have cameras inside the restaurant that might help identify the suspects. They didn’t want to share that with KRQE News 13, saying they’re still waiting for police to review it first

Santa Fe Police are looking into this as an aggravated battery, but the couple has faced a lot of criticism on social media with skeptics saying they faked their injuries and wondering why no one else reported the beating.