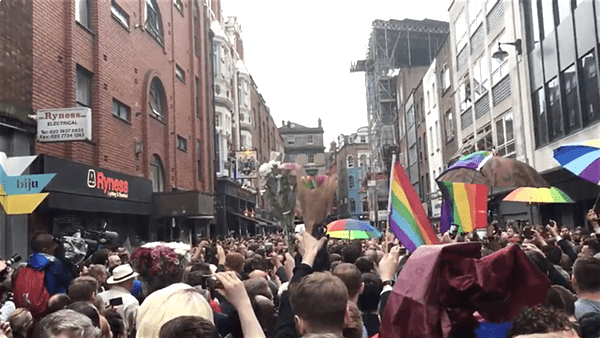 Britain’s National Trust, a heritage conservation organization, will be conducting tours this March of London’s Soho district, featuring its underground gay past.

With the official title “Queer City: London Club Culture 1918-1967,” the tour will take in buildings that formerly housed illicit gay clubs, survey archived photographs and documents pertaining to the era, and conclude with a vivid recreation of storied members-only club The Caravan:

In the evenings you can become a club “member” and enjoy a bespoke cocktail menu with drinks drawn from clubs of the era provided by the expert bartenders of Freud Café-Bar. This immersive experience will include surprise performances from some of the most sought after cabaret artists in the land. Dressing up is very much encouraged.

This year marks the 50th anniversary of the decriminalization of homosexuality in England and Wales, and saw the retroactive pardoning of thousands of gay men who had been convicted under the wrongheaded prohibition previously. The sites and stories featured by the tour highlight the lengths taken by LGBT individuals to socialize and survive in the shadow of legal disapproval:

Joseph Watson, London Creative Director for the National Trust, said: “While the project will be an opportunity to celebrate the partial decriminalisation of same sex relationships, it will also confront the realities of those lives that were fettered, destroyed, or worse, by prejudice of that era.”