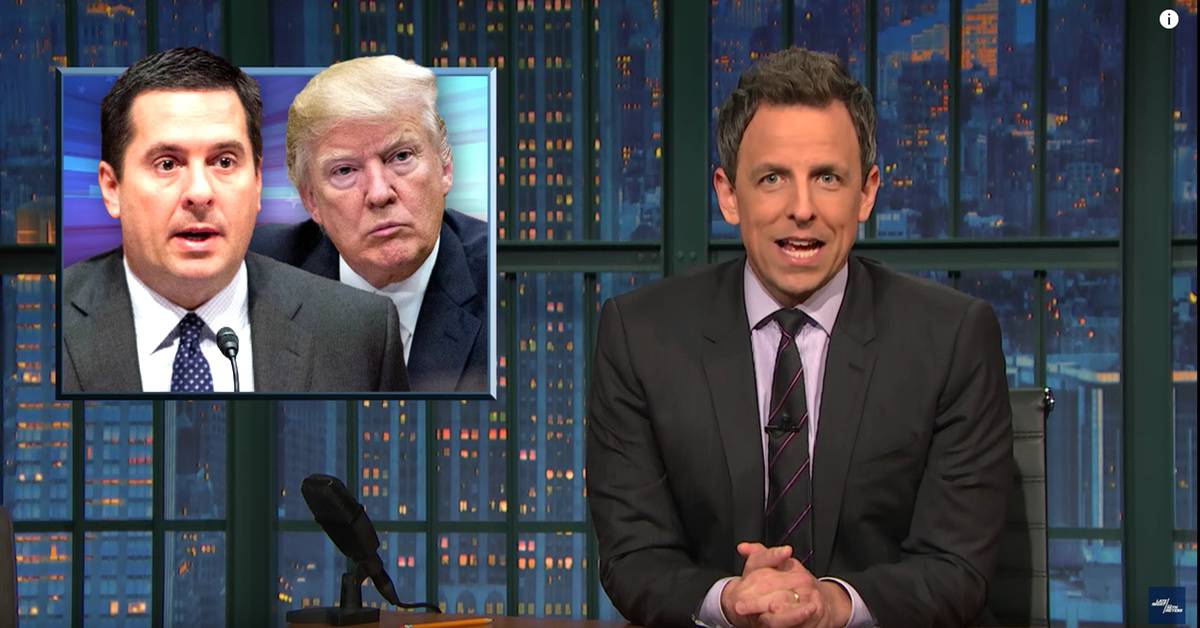 Seth Meyers tried to pull together the insane number of events over the past 36 hours in his latest A Closer Look, noting that Trump is looking for any shred of good news these days.

Trump apparently just found out that Abraham Lincoln was Republican because he wants a Super PAC to take out an ad to let people know that Lincoln was a Republican.

Trump has had his wiretapping lie hanging over his head and members of his own party have been begging for the president to say ‘I’m sorry’ so they can move on to more important things like the SCOTUS nomination.

And Trump surrogate Jeffrey Lorde is making excuses for Trump, saying people don’t understand him because they don’t speak ‘Americanese’

Meyers moved on to the improper behavior of Devin Nunes, who ran to the White House to tell Trump, the subject of the House Intel Committee’s investigation, about new intel he had received.

But Trump can’t get rid of the “gray cloud” that hangs over him, thanks to Paul Manafort and Roger Stone, shady characters who look to be the current focus of the Trump-Russia investigations.

Previous Post: « John McCain Calls for Independent, Select Committee to Take Charge of Trump-Russia Investigation
Next Post: ‘The Gays’ Were Assembled to Rebrand a Beer. Would You Drink It? – WATCH »