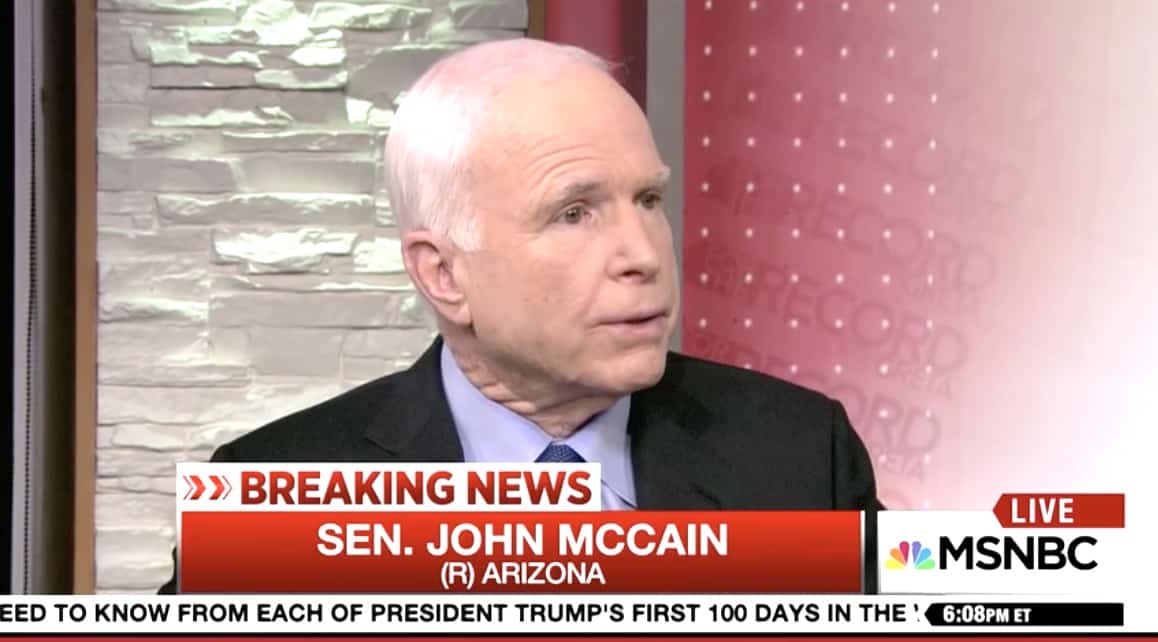 Calling Rep. Devin Nunes’s decision to run to the White House to share news with Donald Trump about intercepts he had learned about “bizarre” and “disturbing,” Senator John McCain said it’s time for a select committee or independent commission to take charge of the investigation into contacts between the Trump administration and Russia.

Said McCain to Greta van Susteren on Wednesday night: “No longer does the Congress have credibility to handle this alone, and I don’t say that lightly.”

McCain appeared on the TODAY show on Thursday morning to talk about Nunes’s actions, saying, “I have not seen anything like it. It is very disturbing.”

Previous Post: « Donald Trump on Credibility: ‘I Can’t Be Doing So Badly, Because I’m President, and You’re Not’
Next Post: Seth Meyers Wrings Some Laughs out of the Dark ‘Gray Cloud’ Trump Has Brought to America: WATCH »