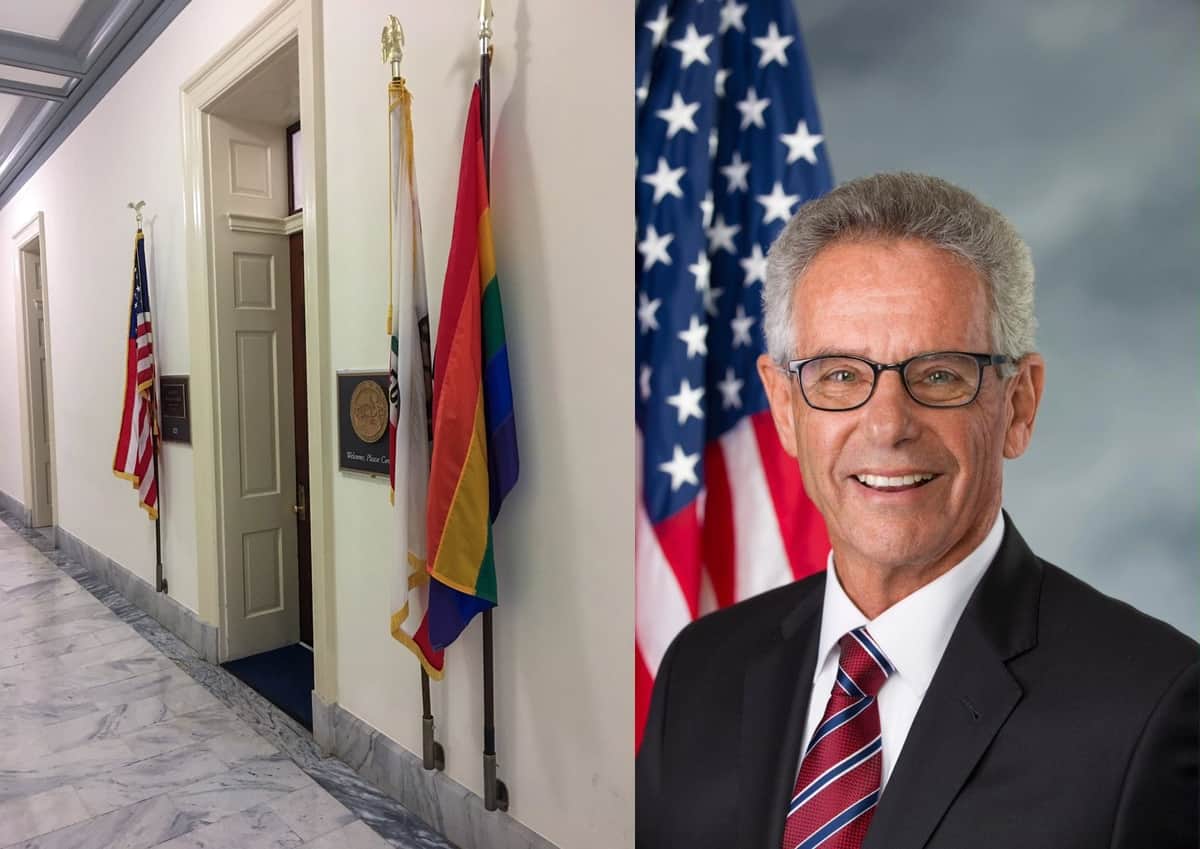 Rep. Alan Lowenthal (D-CA) took to his Facebook yesterday after a disturbing incident in which an individual ripped the LGBT Pride flag from outside the congressman’s office, called it “disgusting” and “immoral” and stomped on it.

Yesterday, an individual barged into my office in Washington and made a disparaging remark about the fact that I fly the Pride Flag outside my office. He then went back out into the hallway outside my office, removed the flag from its holder, threw it to the ground, and stomped on it. He told my staff that the flag was “disgusting, immoral, and goes against everything that is right.”

The Pride Flag is more than just a symbol of pride for the LGBT community–it stands for love, understanding, and unity.

As a Vice Chair of the Congressional LGBT Equality Caucus, I have flown this particular Pride Flag since 2013 in solidarity with the LGBT community. I have committed to fly it proudly until LGBT people have all of the same rights I have and until our laws protect LGBT people from discrimination and violence. Sadly, the violent and disturbing behavior of this individual yesterday demonstrated that we aren’t there yet.

His actions yesterday–intended to intimidate and demean–only make me and those that love freedom and justice want to fight that much harder. We simply MUST pass the Equality Act now! Introduced by my colleague, Rep. Cicilline, the Equality Act would amend the Civil Rights Act of 1964 to include protections that ban discrimination on the basis of sexual orientation and gender identity.

“The fact that someone would grab a flag that they didn’t like and not just throw it on the ground, but stomp all over it … it’s certainly shocking,” he said.

Lowenthal was not present, but his chief of staff and other staff members followed the man down the hallway and urged him to return to the office and speak with Capitol police.

Capitol police spoke with the man at the office, Lowenthal said.

“They told us he didn’t break any rules or any laws, so they let him go,” he said.

A Capitol police spokeswoman said they do not comment on ongoing investigations.