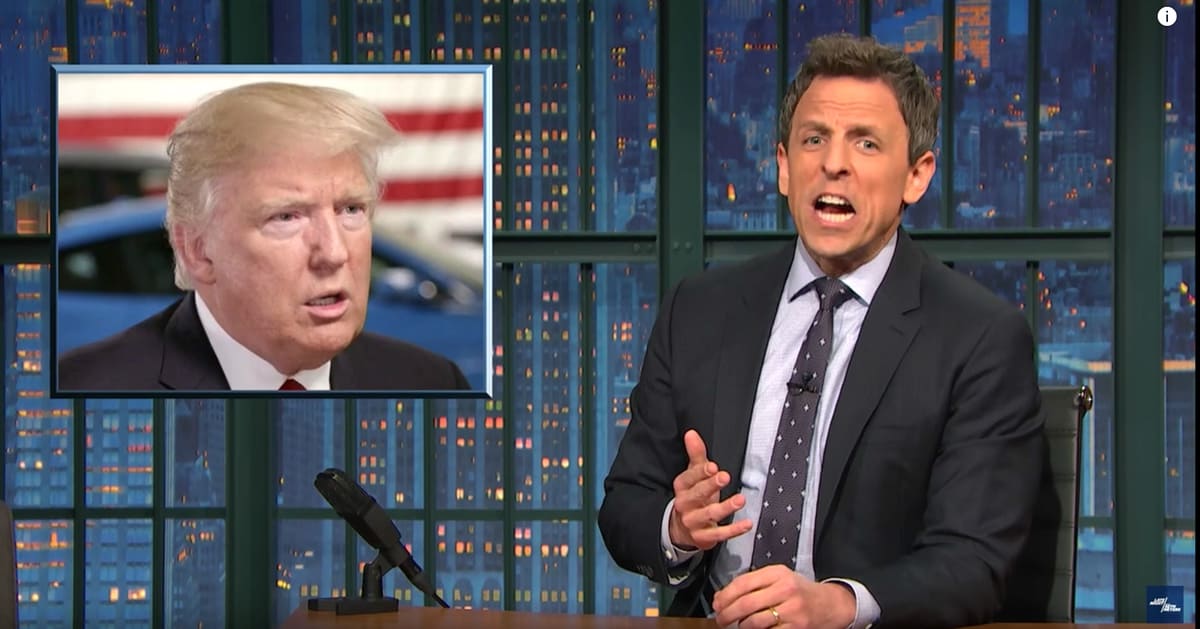 Seth Meyers ripped Donald Trump for his draconian and cruel budget cuts which capped his latest dreadful week as being president of the United States.

“So Trump had his travel ban blocked, his health care bill is collapsing, and members of his own party say there’s no proof for his wiretapping claim. How could Trump make things worse for himself? Well today, he unveiled a budget blueprint that proposes drastic cuts to almost every federal agency including the Environmental Protection Agency, the National Endowment for the Arts, and a Community Development Block Grant that funds, among other things, Meals on Wheels.”

But first, Meyers blasted Trump for bragging that he’s done more in his first 50 days than any other president:

“Trump has done more in office the way a toddler helps out in the kitchen. He may be trying, but by the time he leaves there’s snot on the fridge and a shoe in the dishwasher.”

And then he mocked Trump’s interview with Tucker Carlson:

“No one knows what you’re talking about. You’re so paranoid about wiretapping that you talk like a mafia don afraid that the Feds are listening.”

Trump keeps losing, but doesn’t understand why. Meyers tracked his dissonance on the travel ban, the health care bill, and his finally, his budget cuts that seem targeted to hurt his own voters.

“Meals on Wheels? How dead inside do you have to be to not want old people to get food? Your heart is so small it makes your tiny hands look like catcher mitts. Old people voted for you. They believed you when you said you care about them. There’s nothing more low-life than lying to the elderly. You should know that. You’re 70.”