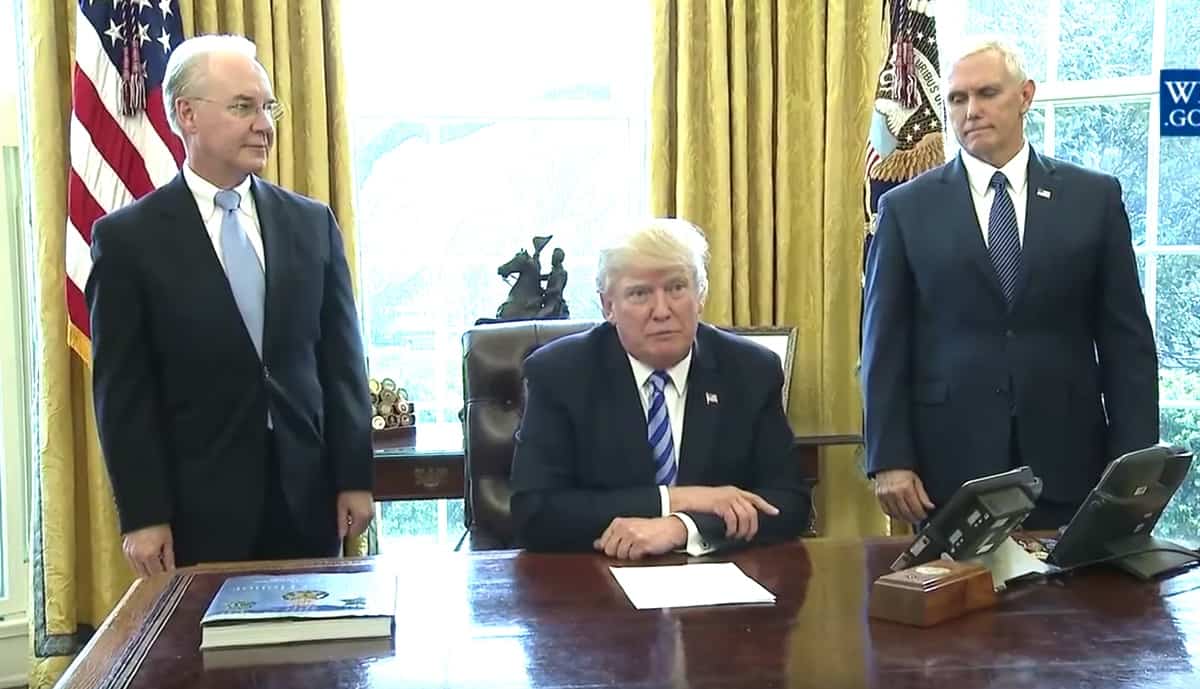 Donald Trump spewed lies and blame for 10 minutes in front of reporters yesterday following his and the GOP’s abysmal failure to pass a health care bill.

Trump’s remarks to reporters were a flood of unadulterated caca. It might be entertaining to watch if it weren’t so serious and appalling that this joker is in the Oval Office.

“Let Obamacare explode,” was the main theme of Trump’s remarks.

“I think there wasn’t a speech I made or very few where I didn’t mention that perhaps the best thing that could happen is exactly what happened today,” Trump boasted. “Because we’ll end up with a truly great health care bill in the future after this mess known as Obamacare explodes.”

“Obamacare was rammed down everyone’s throat,” he added, graphically. “One hundred percent down their throat.”

And of course there were some mega lies.

And lots of blame for everyone but the Republican Party, Paul Ryan “who worked very, very hard”  and Tom Price “who is amazing on health care and his knowledge” and “our great Vice President” Mike Pence. “Everybody worked hard. I worked as a team player.”

Among those he blamed were the Democrats (“They weren’t going to give us a single vote.”), people who didn’t understand how good the bill was because they were just looking at Phase 1, Nancy Pelosi and Chuck Schumer (“Just remember this is not our bill, this is their bill. When they all become civilized and get together and try and work out a great health care bill for the people of this country, we’re open to it.”) and “very arcane rules.”