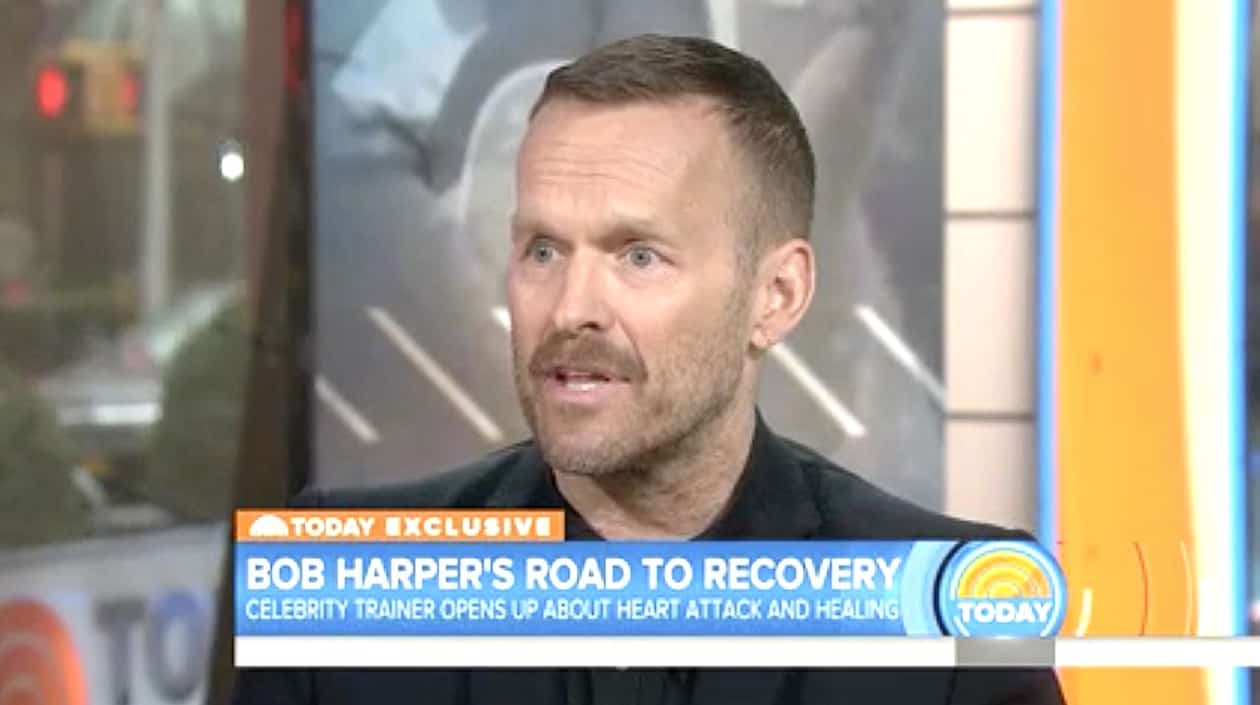 Harper said that the fact there were doctors in the gym when he collapsed saved his live. He said he doesn’t remember the day at all but was told he went to the gym and at the end of his Crossfit workout he fell to the ground.

“I was in full cardiac arrest. My heart stopped. Not to be dramatic, but I was dead. I was on that ground dead.”

Two doctors were in the gym at the time Harper collapsed and began performing CPR immediately.

He also said he was very confused when he came to in the hospital:

“I was like Dory from ‘Finding Nemo’ because I had this short-term memory, so I was reliving the heart attack over and over again…I was like, wait, why am I here? What happened to me? And 10 minutes later I was asking the same thing and getting super emotional.”