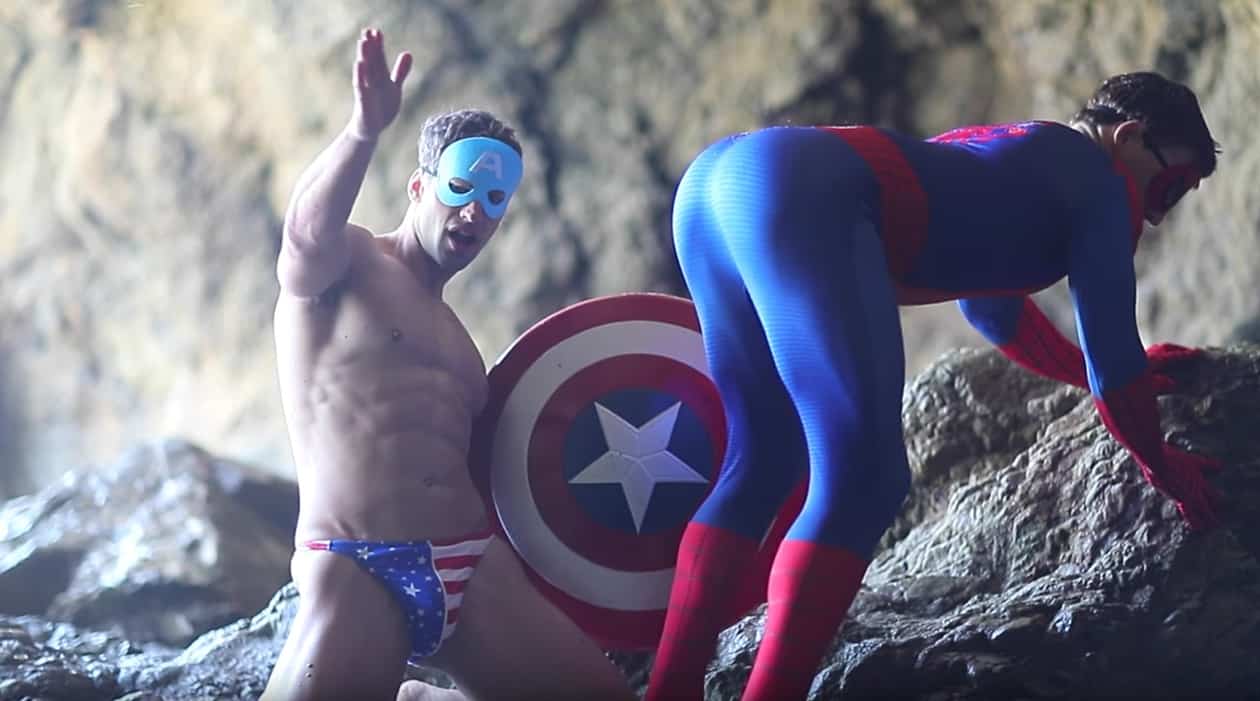 You’ve likely seen nothing like this rendition of The Chainsmokers and Coldplay’s massive hit “Something Just Like This” from Bryan Hawn and former adult film actor Reese Rideout, who recorded their own vocals for the cover. 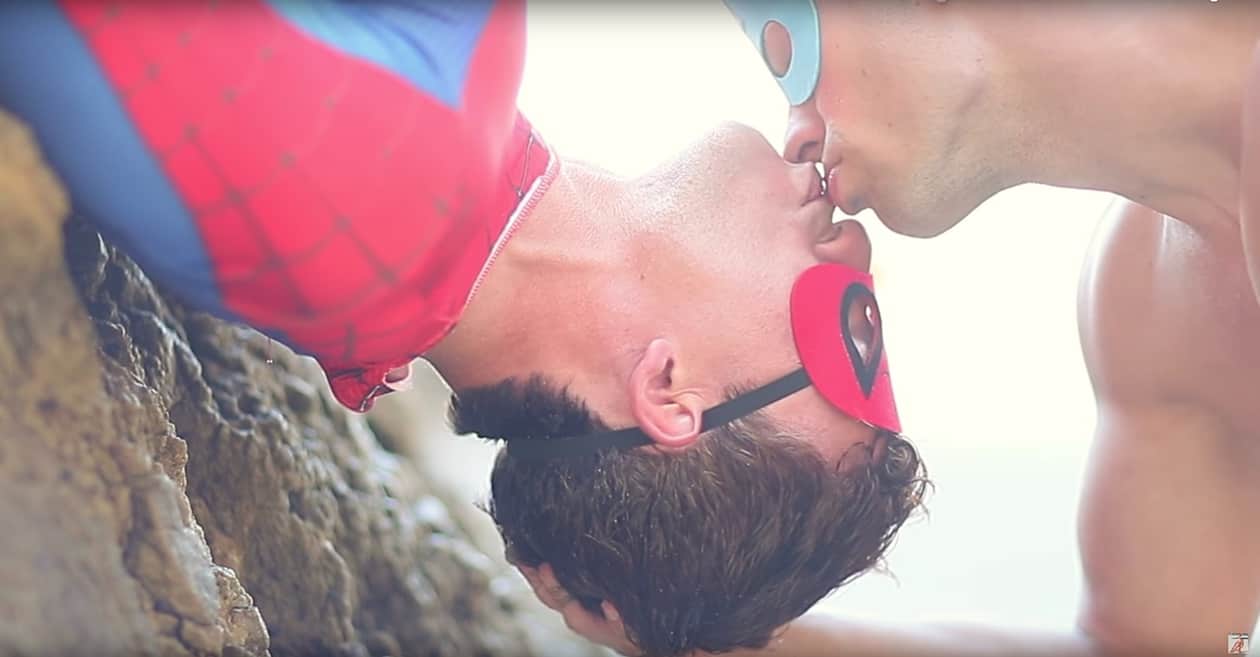 Hawn plays ‘Captain America’ and ‘Batman’ and Rideout (aka Nick Dent) plays ‘Spider-Man’ and ‘Superman’ in this frothy performance in a hidden cavern somewhere along the coast which can only be described as a superhero butt ballet.