CARTER PAGE: “I’m very encouraged that all of the lies that have been a drag on this administration are finally coming out into the open.” 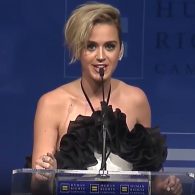 KATY PERRY. Not staying silent anymore: “I don’t think you have to shout it from the rooftops. But I think you have to stand for something, and if you’re not standing for anything,” she adds pointedly, perhaps aiming at some of her deliberately apolitical confreres, “you’re really just serving yourself, period, end of story. California Gurls and fluffy stuff would be completely inauthentic to who I am now and what I’ve learned. I do believe we need a little escapism, but I think that it can’t all be that. If you have a voice you have a responsibility to use it now, more than ever.”

FILTHY. Health inspectors ding Mar-a-Lago kitchen: “Inspectors found 13 violations at the fancy club’s kitchen, according to recently published reports — a record for an institution that charges $200,000 in initiation fees. 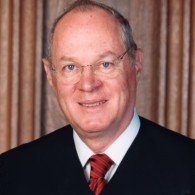 SCOTUS. Whispers of Anthony Kennedy retirement: “Kennedy has given no public indication of his plans, but he has drawn attention with a handful of semiprivate scheduling decisions. Perhaps most significantly, his next law clerk reunion will take place during the last weekend of June, offering the possibility that he will spring a piece of news on the gathering.” 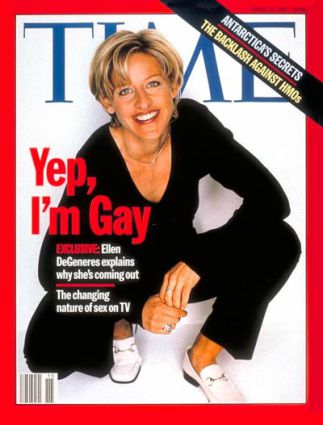 20 YEARS AGO. TIME reprints Ellen’s “Yep I’m Gay” cover story: “What was shocking, then, was that DeGeneres (and her show’s overlords at ABC) was willing to risk the public’s reaction. She would be playing the first gay lead character on American network television. Some sponsors announced they would pull ads from the show — including J.C. Penney, ironically, as that company would later hire DeGeneres for an ad campaign that would in turn draw its own controversy — and the nation debated whether the show would “legitimize” a facet of life that was still marginalized, or if it merely proved that homosexuality was already accepted by enough of the population that such a plot twist was possible.” 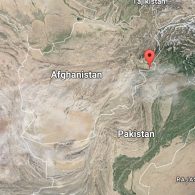 MOTHER OF ALL BOMBS. 36 ISIS militants killed, says Afghan ministry: “Dawlat Waziri, an Afghan ministry spokesman said of Thursday’s strike: ‘No civilian has been hurt and only the base, which Daesh used to launch attacks in other parts of the province, was destroyed.'”

BIG  BUCKS. Secretary of State Rex Tillerson made $27.4 million at Exxon last year: “He and other senior executives got raises even though Exxon’s net income fell more than 50 percent in 2016 as the company, like many of its peers, tried to cut costs and weather a period of low oil prices.” 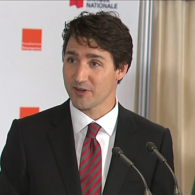 CANADA. Justin Trudeau introduces legislation to legalize marijuana nationwide. “Many nations have either decriminalized marijuana, allowed it to be prescribed medically or effectively stopped enforcing laws against it. But when Mr. Trudeau’s bill passes as expected, Canada will become only the second nation, after Uruguay, to completely legalize marijuana as a consumer product.”

LAWSUITS. RuPaul’s Drag Race finalist Detox sues managers for unpaid royalties, fraud: “Season five finalist Detox Icunt aka Matthew Sanderson – who finished 4th in his first season – filed suit against Producer Entertainment Group and Six Degrees Worldwide Entertainment. The reality star is accusing his ex-managers of breach of contract, fraud and intentional interference with prospective business advantage. Sanderson explains he signed on to work with the managers back in 2012.”