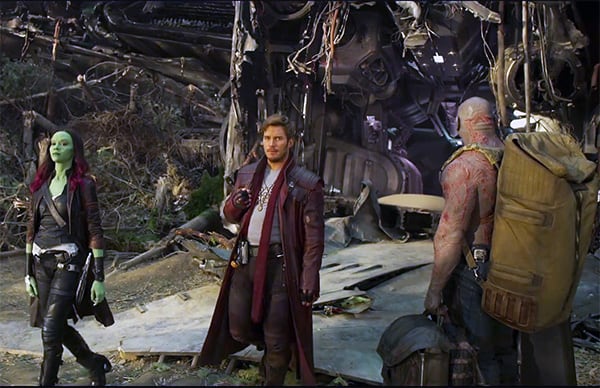 Guardians of the Galaxy Vol. 2 hits theaters this upcoming week, and director James Gunn has hinted one of its characters will be LGBTQ.

Guardians of the Galaxy Vol 2 director James Gunn has hinted that the next MCU movie might feature an LGBTQ protagonist. When asked if he had considered featuring a gay hero in the sequel, he told the Press Association:

“Absolutely. I would love to be able to. We might have already done that. I say watch the movie. Check it out. See what you think.”

We doubt that Drax or Star-Lord will be coming out in Guardians 2. If we were the guessing sort, we would predict that it will be one of the female stars – Nebula (Karen Gillan), Mantis (Pom Klementieff), or perhaps even Gamora (Zoe Saldana). Although we’d quite like to see Michael Rooker’s rangy outlaw Yondu introduce the gang to his hot alien husband.

Even if this ambiguous tidbit turns out to be a blip as with this year’s live-action Beauty and the Beast, the MCU has surpassed $10 billion at the box office, so inclusion in one of its films is no small thing. Gunn has previously stressed that the film would “not just pass, but run over the Bechdel test,” addressing the issues of inadequate female representation the franchise has had. It would seem that LGBTQ representation is another matter he would like to tackle.