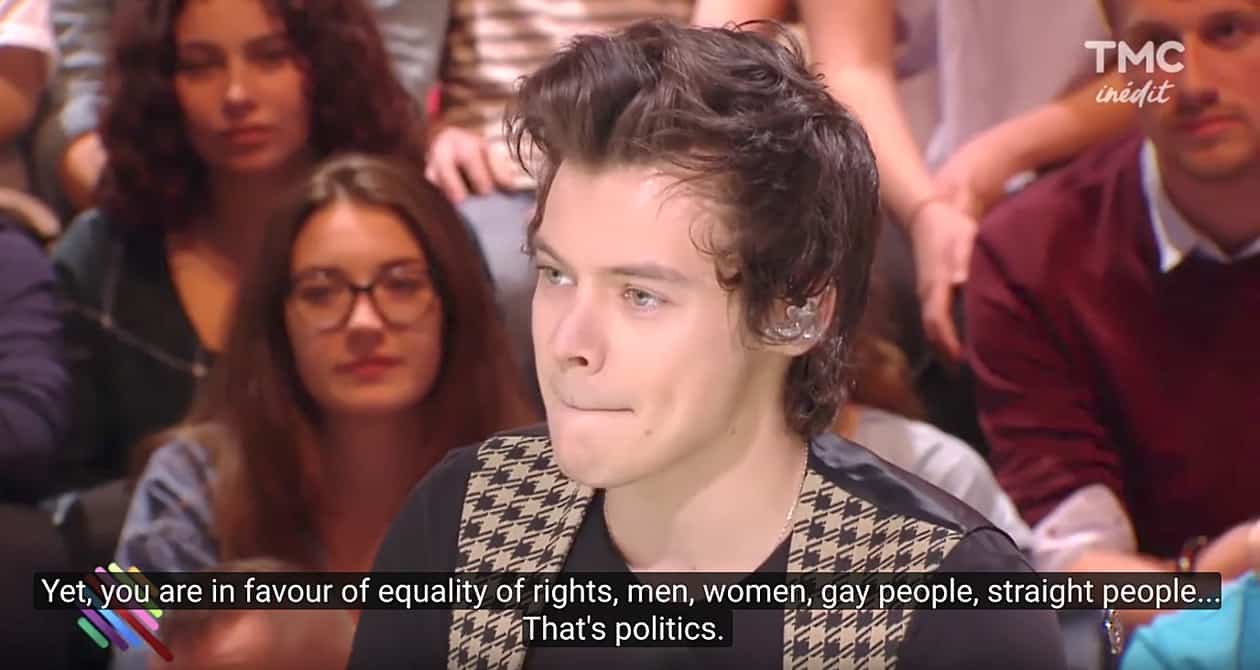 Harry Styles was interviewed for a French talk show this week and was asked about Brexit.

When he responded that “I don’t really talk about politics” but “anything that brings people together is better than things that pull people apart,” the host asked, “yet you are in favor of equality of rights, men, women, gay people, straight people, that’s politics.”

Styles launched his solo career last week with “Sign of the Times”. His first solo album is coming in May.