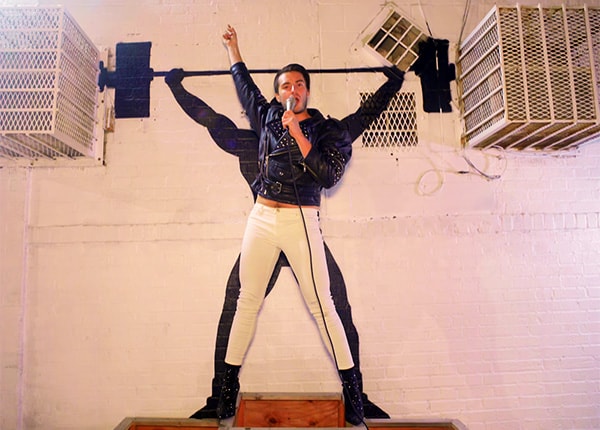 LGBTQ artist Jose Rivera Jr. has put forth a visual cover of Queen’s iconic “Somebody To Love” as a message of solidarity and resistance in the Trump era.

The video features Rivera as a worthy Freddy Mercury-esque singer interspersed with scenes of a sneering conversion therapist tormenting Rivera, who symbolically must hide a rainbow-colored undershirt beneath a straight-laced outfit every morning, and other queer young adults. The kids rebel and win out in the end as Rivera triumphantly flashes a “Hate Never Wins” slogan. Rivera describes the video and its inspiration as follows:

Latinx singer, dancer and choreographer José Rivera Jr. has just premiered his cover of Queen’s “Somebody to Love,” claiming the song as a queer resistance anthem for the Drumpf era. The video also features legendary nightlife personality Rify Royalty in the role of Rivera Jr.’s father.”

“Every day came another story about the Drumpf Administration being anti-LGBT—and I thought, ‘Wow, they are really trying to erase us,’” Rivera Jr. explains. “But instead of getting angry, I decided to use the amazing lyrics of this song to say, ‘I’m not going anywhere. You can’t erase me when all I want is love. All we do as a community is love. And none of us are going anywhere because of your petty intolerance and hate.’