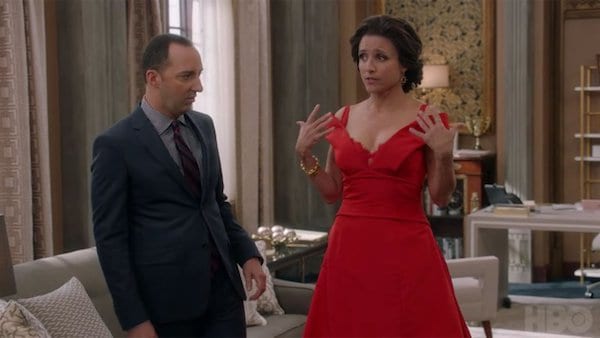 The Fosters wraps its fourth season Tuesday at 8 p.m. Eastern on Freeform. Callie needs to decide whether to take a plea bargain or risk a harsher sentence in trial, while Lena and Drew clash on what he’s doing at Anchor Beach. This isn’t the end of the drama, as season five returns July 11.

Nostalgia is back in a big way Wednesday on Pop. First, three former child stars (Full House’s Jodie Sweetin, 7th Heaven’s Beverley Mitchell and Step by Step’s Christine Lakin) play heightened versions of themselves in a new sitcom called Hollywood Darlings, premiering at 8 p.m. Eastern. If that’s not enough of an early-‘90s treat, former New Kids On the Block heartthrob Joey McIntyre has his own comeback on Return of the Mac at 8:30 p.m. Bring your own snap bracelets.

Say what you will about comedian Chelsea Handler (she’s too drunk to care). Get salty with the tart-tongued host of Chelsea when the talkshow returns Friday on Netflix.

Doctor Who showcases its first out companion on a new season premiering Saturday at 9 p.m. Eastern on BBC America. Bill Potts (Pearl Mackie) will be openly lesbian, but in a world of ageless Time Lords, killer Daleks and whatever the hell Lady Cassandra O’Brien is, folks on the show assure us that won’t be the most interesting thing about her.

The funniest show on television returns Sunday when VEEP makes its triumphant return 10:30 p.m. on HBO. Boy, do we need it now more than ever.