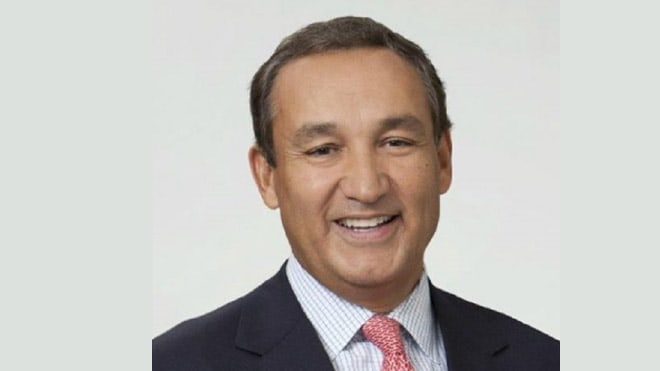 A leaked memo from United CEO Oscar Munoz (pictured)  to company employees justifying the airline’s actions in the violent removal of a passenger from a plane in Chicago is further fueling the company’s self-inflicted PR nightmare.

Passengers were asked to leave the overbooked flight so that four flight attendants could take their seats.

Munoz’s memo, which claims that “treating our customers and each other with respect and dignity is at the core of who we are” is rife with victim blaming and does nothing but abdicate responsibility for the incident.

@United overbook #flight3411 and decided to force random passengers off the plane. Here's how they did it: pic.twitter.com/QfefM8X2cW

Munoz also “commends” employees for going “above and beyond.”

Munoz goes on to explain that proper protocol was followed after the “disruptive and belligerent” passenger “raised his voice,” leaving agents no choice but to call security and remove the passenger from the flight. Munoz makes no mention of the violent assault, which drew blood.

Like you, I was upset to see and hear about what happened last night aboard United Express Flight 3411 headed from Chicago to Louisville. While the facts and circumstances are still evolving, especially with respect to why this customer defied Chicago Aviation Security Officers the way he did, to give you a clearer picture of what transpired, I’ve included below a recap from the preliminary reports filed by our employees.

As you will read, this situation was unfortunately compounded when one of the passengers we politely asked to deplane refused and it became necessary to contact Chicago Aviation Security Officers to help. Our employees followed established procedures for dealing with situations like this. While I deeply regret this situation arose, I also emphatically stand behind all of you, and I want to commend you for continuing to go above and beyond to ensure we fly right.

I do, however, believe there are lessons we can learn from this experience, and we are taking a close look at the circumstances surrounding this incident. Treating our customers and each other with respect and dignity is at the core of who we are, and we must always remember this no matter how challenging the situation.

On Sunday April 9, after United Express Flight 3411 was fully boarded, United’s gate agents were approached by crew members that were told they needed to board the flight.

We sought volunteers and then followed our involuntary denial of boarding process (including offering up to $1,000 in compensation) and when we approached one of these passengers to explain apologetically that he was being denied boarding, he raised his voice and refused to comply with crew member instructions.

He was approached a few more times after that in order to gain his compliance to come off the aircraft, and each time he refused and became more and more disruptive and belligerent.

Our agents were left with no choice but to call Chicago Aviation Security Officers to assist in removing the customer from the flight. He repeatedly declined to leave.

Chicago Aviation Security Officers were unable to gain his co-operation and physically removed him from the flight as he continued to resist – running back onto the aircraft in defiance of both our crew and security officials.

Munoz says that the airline offered up to $1,000 in compensation to passengers, though ABC News reports the amount to be $800.

United is taking a further thrashing on social media over the leaked memo.