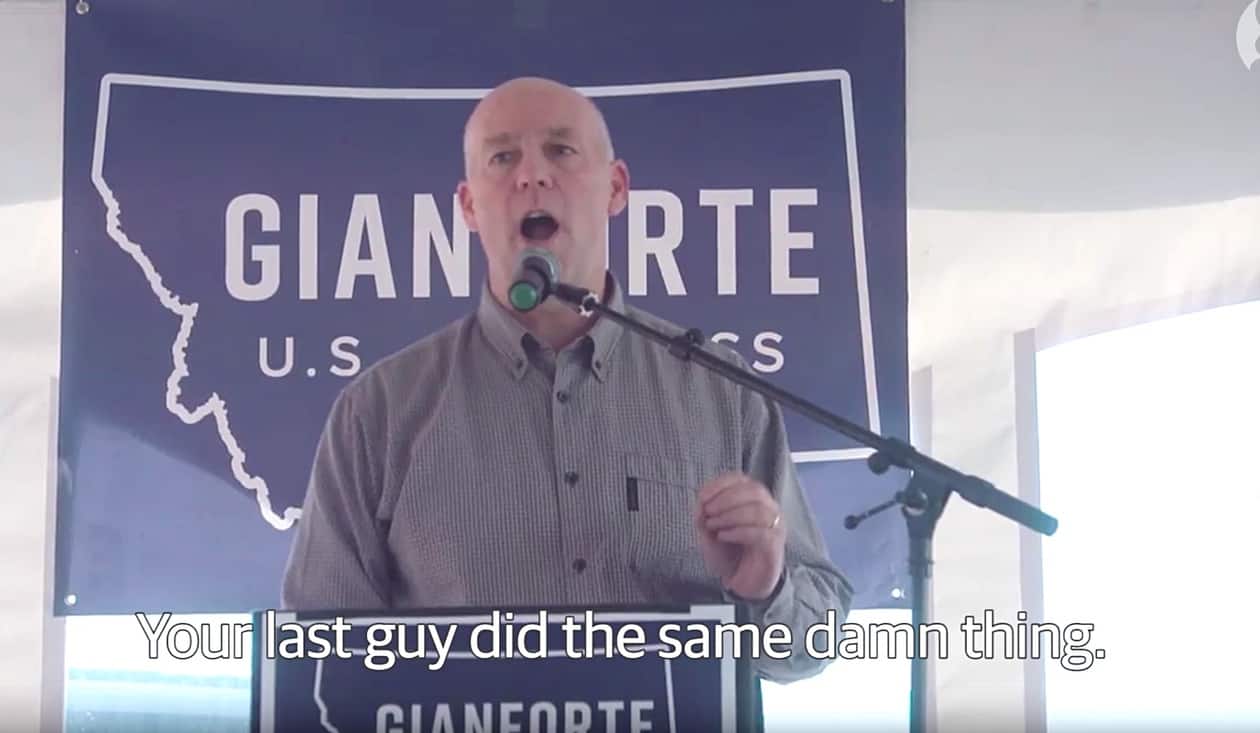 The Bozeman technology entrepreneur, who did not appear publicly after the assault until his victory speech late Thursday, traded leads with Democrat Rob Quist as early results came in, but by 10 p.m. he took a lead Quist could not recover from.

Addressing supporters, Gianforte apologized to the reporter he had an altercation with, as well as other journalists who witnessed the event. He also apologized to Montanans, saying “When you make a mistake you have to own up to it. That’s the Montana way.”