You are here: Home / Kayaker Waves for Help After Great White Shark Knocks Him Into Water: WATCH 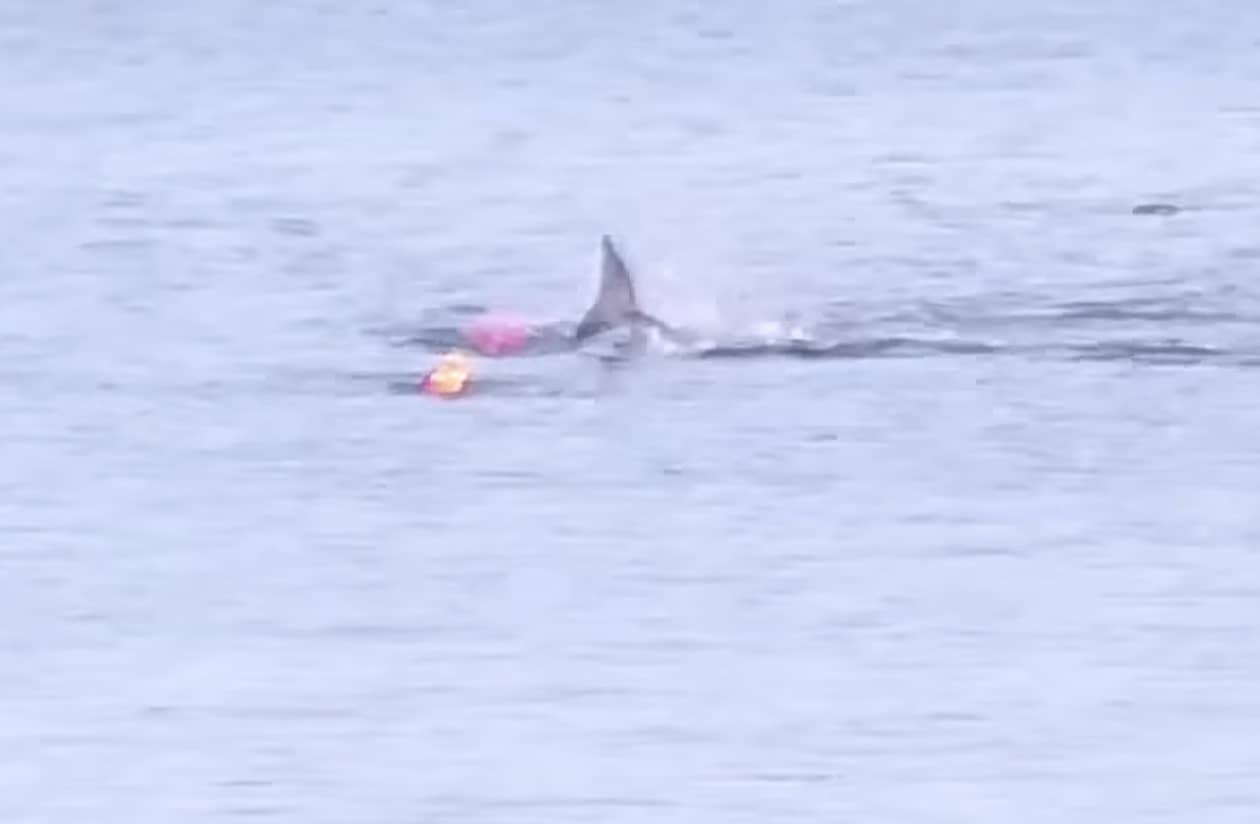 Newly-released footage shows what must have been a terrifying experience for kayaker Brian Correiar, who was knocked into the water in Monterey Bay by a Great White shark which then proceeded to flail around his kayak as Correiar swam nearby.

A couple observing caught the harrowing action on video as Correiar waited for a nearby sailboat which rescued him.

Said Correiar to National Geographic in April: “I was sure I was done…“The shark came toward me, dropped the kayak, then dove straight down below me where I couldn’t see it…It was like a horror movie.”