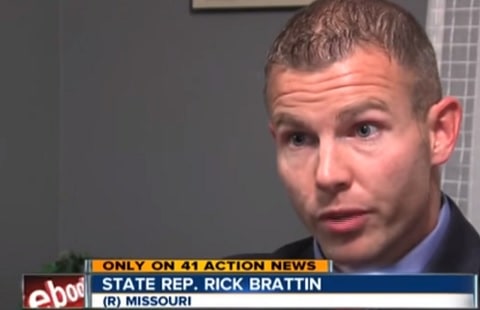 Missouri state representative Rick Brattin has said that there is a distinction between being gay and being human.

Brattin made his statement on Monday while arguing against an amendment to Senate Bill 43, which would have banned discrimination in employment, housing and public accommodations based on sexual orientation and gender identity in the state.

“When you look at the tenets of religion, of the Bible, of the Qur’an, of other religions,” he said, “there is a distinction between homosexuality and just being a human being.”

RELATED: Murder of Mother and Daughter in Missouri Under Investigation as Anti-LGBT Hate Crime: VIDEO

In the past, Brattin has sought an equal footing for teaching creationism in public schools, reports the Kansas City Star. He has also proposed requiring the father’s consent before an abortion except in cases of “legitimate rape.”

Add your name to the letter to ask Governor Greitens to oppose discrimination and veto SB 43 >> https://t.co/eJIzUVYuHX #moleg #StopSB43 pic.twitter.com/E1ow4KIXsP

According to Huffington Post, the bill’s author, Republican Rep. Kevin Engler ended up scrapping the amendment when it became clear that there were not enough votes to support it.

After all the amendments were dropped, the House passed Senate Bill 43, a measure that would make it more difficult to sue for discrimination. 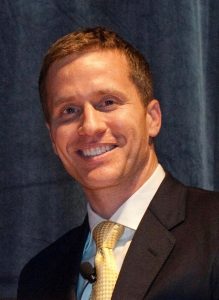 In an editorial published Tuesday, the Kansas City Star wrote:

The bill is another unnecessary blemish on the state. The legislation’s original sponsor [Senator Gary Romine – right] owns a company facing a discrimination lawsuit, making the decision even more questionable.

The governor has made clear his desire to bring new businesses and jobs to Missouri. Supporters say SB 43 is part of an effort to make the state more business-friendly.

But what business wants to operate in a state that tolerates discrimination? Or a state where a representative thinks gays and lesbians are less than human?

The states that grow in the 21st century will be those that show tolerance, acceptance and intelligence. Missouri’s lawmakers are sending a clear signal this state is not any of those things.

The governor should veto the bill. And Brattin should apologize.

The bill has now been sent to Gov. Eric Greitens. RFT notes that Greitens has until July 14 to sign the bill or veto it. If he does neither, at that point, it becomes law.