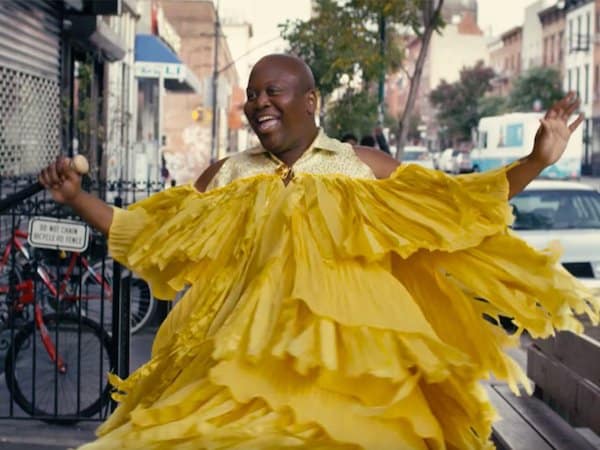 It’s not all Speedos and rosé on Fire Island. This week’s installment promises to amp up the drama when the guys lay all their issues on the table. Will this be another dinner party from hell, à la Real Housewives of Beverly Hills? Will they turn Fire Island into another Scary Island like the one on Real Housewives of New York? Find out Thursday at 8 p.m. on Logo, and catch up with our recaps.

While most industry insiders are looking forward to the next great television show at the up-fronts, they might want to keep an eye on this week’s RuPaul’s Drag Race. This week, the queens will pitch their own starring vehicles in a battle of the potential pilots. Tune in Friday at 8 p.m. Eastern on VH1 to see who grabs the challenge by the Golden Globes and who’s destined to be canceled.

CBS splashes a fresh coat of paint on two classic episodes of I Love Lucy with colorized versions on The New I Love Lucy Superstar Special Friday at 9 p.m. Eastern on CBS. Laugh it up again with “The Dancing Star” (guest starring Van Johnson) and “Harpo Marx” (guest starring, you guessed it, Harpo Marx) as the two-part story is woven together into one hour-long special.

Let’s get weird with another visit to the twisted world of Twin Peaks. Showtime’s revival of the beloved drama by Mark Frost and David Lynch kicks off its limited run Sunday at 9 p.m. Eastern.

Previous Post: « Seth Meyers Imagines What Russians Thought About Getting Trump Intel: ‘Can You Believe How Easy This Is?’
Next Post: Mississippi Man Gets 49 Years for Hate Crime Killing of Transgender Teen »