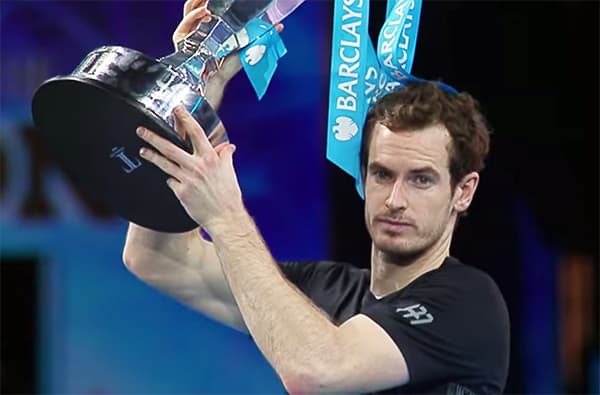 Court, a record-holding winner of 24 singles Grand Slam titles who retired in 1977, is a vocal opponent against marriage and LGBTQ equality and recently announced her decision to boycott major airline Qantas for its support of marriage equality in her native country of Australia. When asked about the dust-up in press after his first-round win at the French Open, the British Murray, currently ranked world No. 1, was unambiguous in his opposition to Court’s move:

“I don’t see why anyone has a problem with two people who love each other getting married.

“You know, if it’s two men, two women, that’s great. I don’t see why it should matter. It’s not anyone else’s business.

“Everyone should have, in my opinion, the same rights.”

Murray has been something of a trailblazer in the men’s game in terms of equality, having taken the distinctive step of bringing on retired women’s No. 1 and LGBT-identified Amelie Mauresmo as a coach from 2014 to 2016, their partnership ending as Mauresmo was expecting a second child with her female partner, as well as a consistent advocate of equal prize money for men’s and women’s players.

On Thursday, Navratilova’s letter addressed to “Dear Margaret Court Arena” and published by Fairfax Media newspapers in Australia, suggested that sporting venues should be named for a person’s “whole body of work” and “who they are as human beings.”

“When you were named after Margaret Court, it seemed like the right thing to do,” former No. 1-ranked Navratilova wrote. “After all, Rod Laver already had the big stadium and Court is one of the all-time greats. I had long ago forgiven Court for her headline-grabbing comments in 1990 when she said I was a bad role model because I was a lesbian.”

“It is now clear exactly who Court is: an amazing tennis player, and … a homophobe. Her vitriol is not just an opinion. She is actively trying to keep LGBT people from getting equal rights (note to Court: we are human beings, too). She is demonizing trans kids and trans adults everywhere.”

Murray was also open to a name change for the arena, only suggesting that any move be taken well in advance of next year’s tournament in January:

“I would imagine a lot of the players would be pretty offended by that [Court’s comments]. So, we’ll see what happens.

“If something was to be done, I think it would be a lot more beneficial to do it before the tournament starts.

“For players to be in a position where you’re in a Slam and kind of boycotting playing on the court, I think would potentially cause a lot of issues.”

Court’s countrywoman and former doubles No. 1 and singles Slam champion Sam Stosur, a current Top 25 player, also raised the specter of a player boycott of the court:

Sam Stosur, an Australian who won the 2011 U.S. Open, said: “I think everyone can have their opinion. I don’t agree with it. But I guess we’ll cross that bridge when we all get down to the Australian Open next year—and who wants to play on Margaret Court Arena and who doesn’t. And we’ll go from there.”