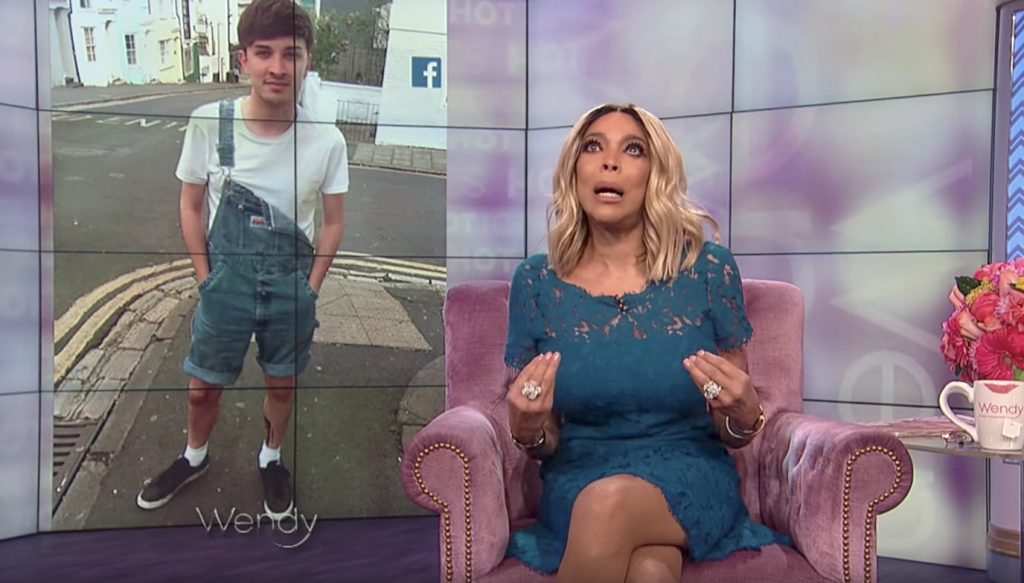 Gay Manchester bombing victim Martyn Hett was supposed to be in Wendy Williams’s audience this week. He had saved for two years to travel to the U.S. for the “trip of a lifetime,” part of which included sitting in Wendy’s studio audience.

Williams kept a chair empty in honor of Martyn and paid tribute to the young fan:

“He was really popular on Twitter, he had his own pop culture website, and he’s remembered as a man who loved life…with passion, courage, and laughter. I spoke to his best girlfriend over in London and told her that I was doing this and she was floored, like, ‘oh my gosh he would love this.’ So Martyn, in honor of you, we’re keeping that chair open and our thoughts and prayers go out to you and your family.”