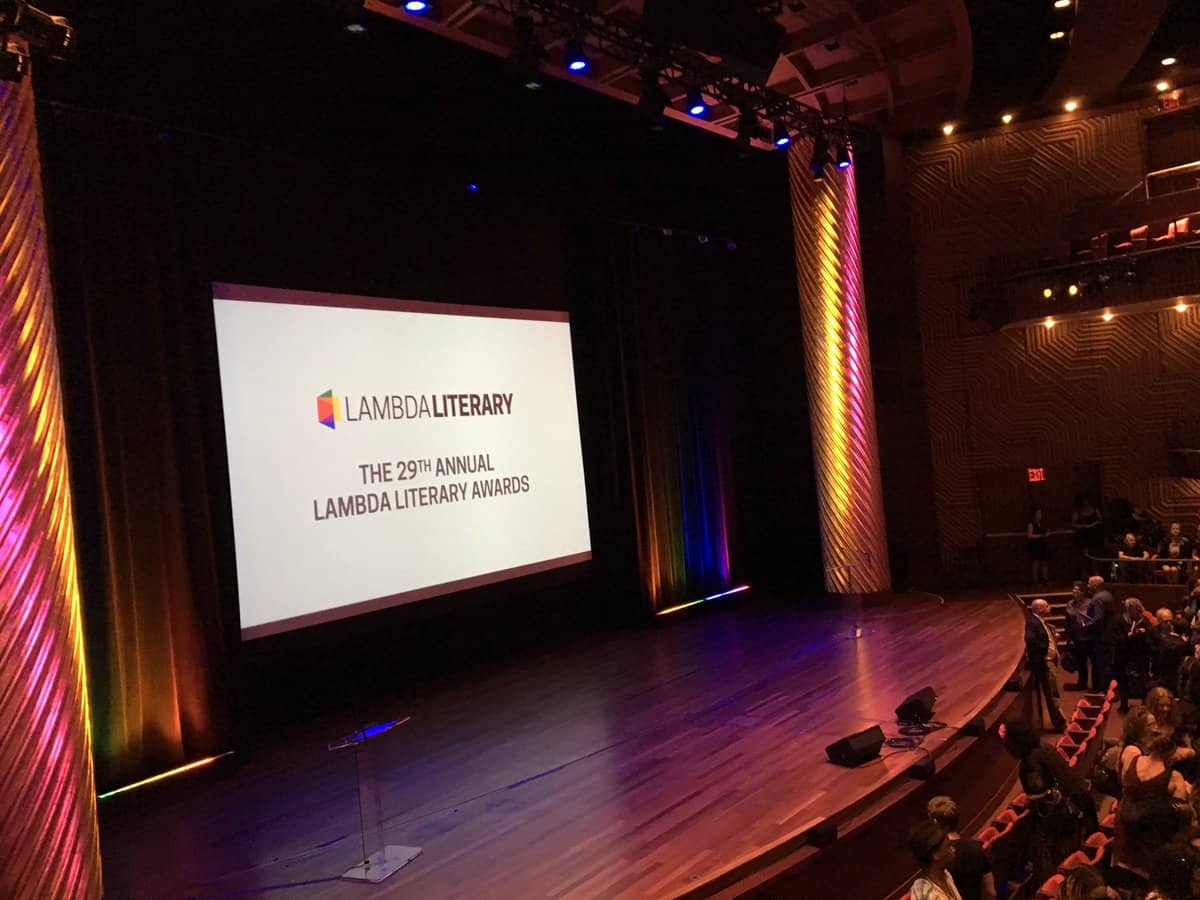 Lambda Literary announced the winners of its 29th Annual Lambda Literary Awards for excellence in LGBT literature at a ceremony Monday night at the NYU Skirball Center of the Performing Arts in New York City.

Notable “Lammy” winners included activist Cleve Jones for When We Rise: My Life in the Movement in Gay Memoir/Biography, later adapted into a well-received television miniseries by Dustin Lance Black. “I wrote this book because the LGBT movement saved my life,” said Jones as he accepted his award, “and I’m ready to keep fighting.”

Other honorees are detailed by Lambda Literary:

Jacqueline Woodson and Jeanette Winterson were also honored for their lifetime achievements. Tony Award-winning actress Cynthia Nixon introduced Woodson, a “writer who is part of the institution but stands outside it and critiques,” said Nixon. “She is the writer, the friend, the citizen these times demand.” Accepting the Visionary Award, Woodson noted, “The work we do as a queer community for the generations beyond us make me proud to be standing here and accept this award.”

Later, Baileys Women’s Prize-winning author A.M. Homes introduced Jeanette Winterson, who won the Trustee Award. “A lifetime achievement award is more than overdue for Jeanette,” said Homes. During her acceptance speech, Winterson praised the powers of writers and imagination. “Everything that happens starts with an idea,” said Winterson. “We should protect and expand the imagination: to imagine the world as different than it is.”

Other winners of the night included David France for How to Survive a Plague: The Inside Story of How Citizens and Science Tamed AIDS, a companion book to his award-winning documentary film, in LGBT Nonfiction.

“In a year of great political turmoil, the Lammys were a reminder that our LGBTQ writing community remains at the forefront of resistance to attacks on our communities,” said Tony Valenzuela, Lambda Literary Executive Director. “Congratulations to all the winners and honorees. You inspire us.”