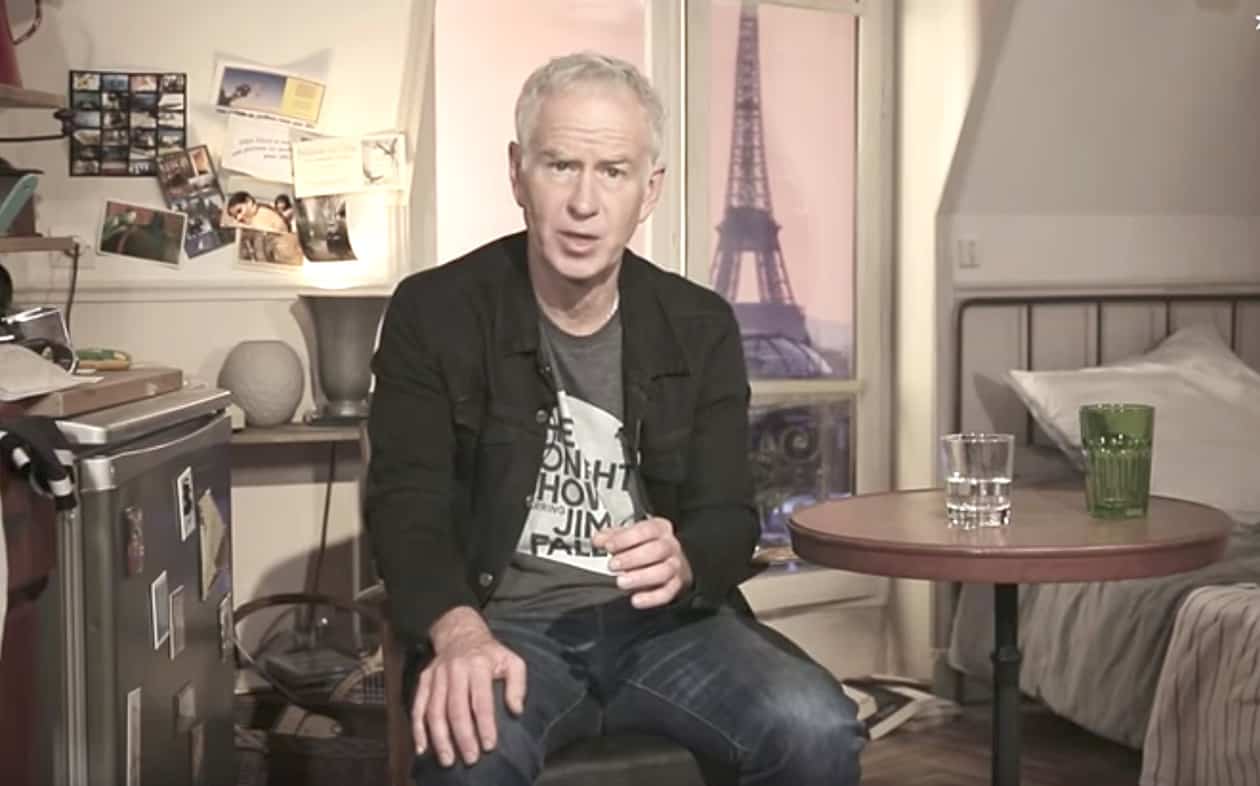 John McEnroe blasted Australian tennis bigot Margaret Court over her views about same-sex marriage in a salty video posted over the weekend.

Court has complained that tennis is “full of lesbians,” lamented transgender children, and accused the U.S. “gay lobby” of coming for her and the arena bearing her name.

“I actually don’t see any reason why we shouldn’t give them the right to be as miserable as everybody else,” McEnroe says of gay couples.

“Margaret Court is a legend in our sport with 24 grand slam singles titles and 62 overall,” adds McEnroe. “OK, most of them were before the Open era, but who’s counting? 34 to be exact. And she did lose the first battle of the sexes to Bobby Riggs. Hold on, she lost to Bobby Riggs and then Billie Jean King beat the sh*t out of Bobby. Now I think I know where that hatred comes from.”

“Margaret Court is telling us tennis is full of lesbians,” McEnroe continues. “The way I see it there are three options regarding this statement. Number one – this is true and who gives a f**k? Number two – this is not true and who should give a f**k? And number three – this is half true and should we really give a f**k?”

“As for renaming the court that bears her name at Melbourne Park, the jury is still out. The self-appointed commissioner of tennis might have a viable solution. Keep the name and when same-sex marriage becomes legal in Australia, I will personally call my good friend Elton John to host the biggest same-sex, mass wedding ceremony ever seen — in Margaret Court Arena. Margaret, that’s just the kind of guy I am.”

“Oh and Margaret, one last thing – don’t get all worked up about del Potro holding Almagro crying in his arms. It’s not what you think. It’s just a decent human being consoling a friend in distress. We all need more of that these day. Just a decent human being, doing a decent thing. Do you know how hard it is, still, to come out in 2017? Just think about that.”