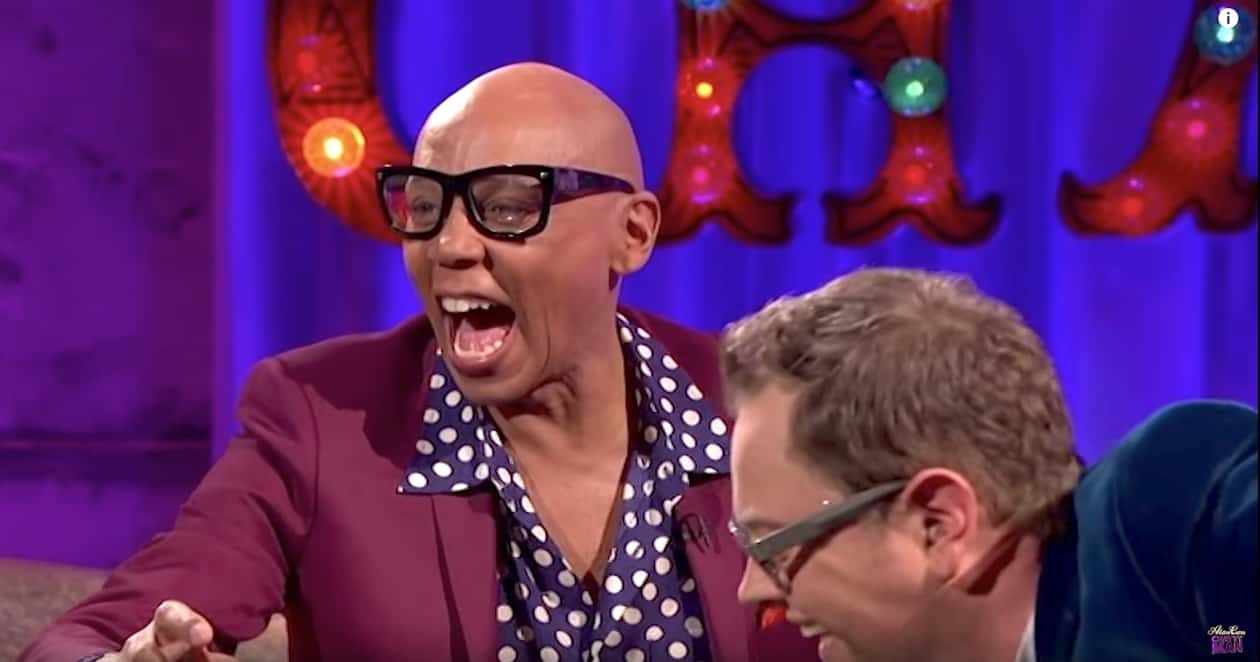 RuPaul paid a visit to exuberant UK talk show host Alan Carr this week on his show Chatty Man and the results were predictably hilarious.

Carr and RuPaul discussed the wonders of cranberry juice, the explosion in popularity of RuPaul’s Drag Race which is airing in the UK on TruTV, whether there might be a UK version of the show, inspirations, what men will stick it in (anything), and tucking!

Said RuPaul: “I’ve got quite a meaty tuck.”

And the RuPaul’s Drag Race season 9 (see our recap HERE) set a finale and ratings record at its new home on VH1.