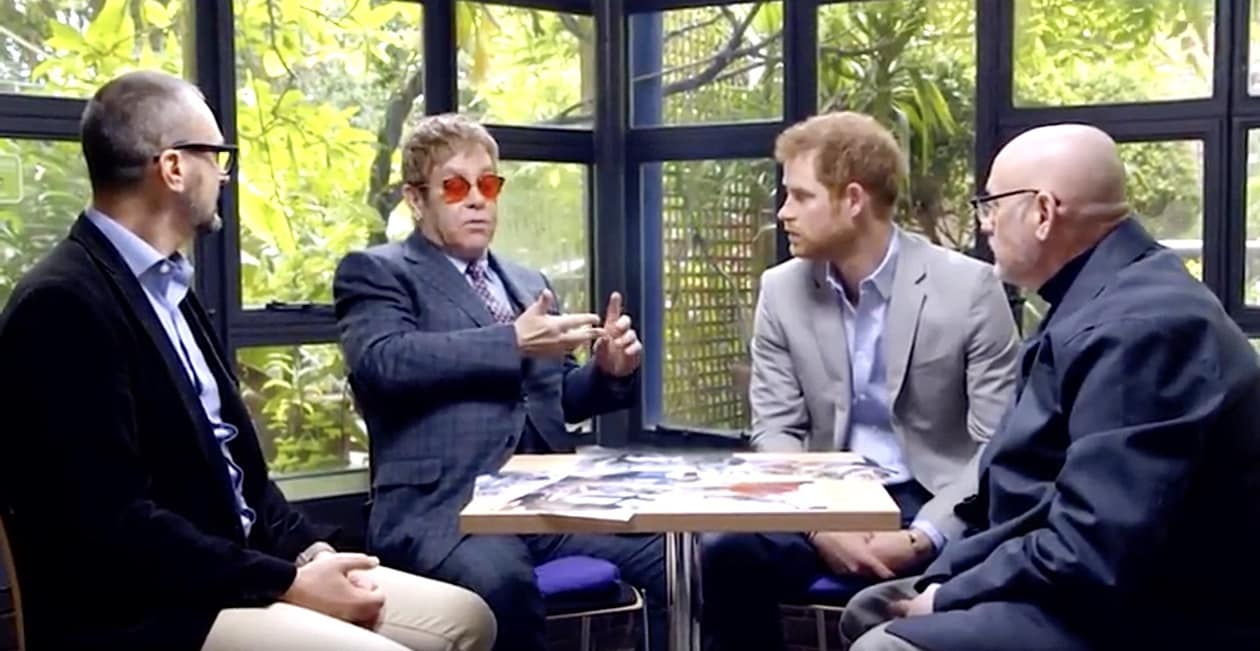 It’s been 20 years since Princess Diana died in a car crash in Paris, and UK network ITV aired a documentary on Monday night marking this dark anniversary. In one moving scene from the documentary, Elton John explains to Prince Harry how his mother changed attitudes toward gay people and people with AIDS and destroyed stigma by being one of the first high-profile figures to touch someone with AIDS without wearing gloves.

“It was considered to be a gay disease. For someone who was within the Royal Family and who was a woman, and who was straight, to have someone care from the other side, was an incredible gift,” Elton explained.

Harry added, looking at photographs: “You look back to these days, when actually the reality was doom and gloom. Yet everybody in that photo is smiling.”

“Because of her,” said Elton. “Look at her face in every photograph. There’s a positive, wonderful glow. Also, she had that incredible ability — which [Harry] kind of inherited — to make people feel at ease and make them feel that everything’s gonna be all right. I haven’t experienced many people in my life who have that ability, but she could walk into a room of people and make them feel as if everything was great.”