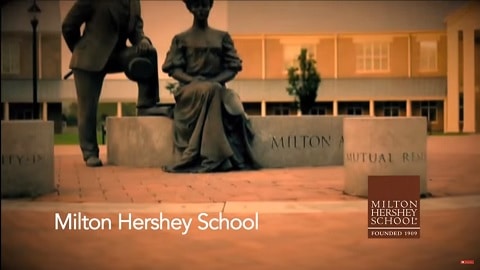 A school in Pennsylvania has denied claims that staff forced a student to watch a gay conversion video.

According to Philly.com, the video that Dobson alleges he was forced to watch One of the Boys by Sy Rogers, a leader in the “ex-gay” movement with the now-defunct Exodus International. In the video, Rogers compares homosexuality to prostitution and adultery.

RELATED: Former Exodus International VP Comes Out As Gay: ‘I Am OK With Who I Am’

The school’s lawyers have admitted that such a video was used by Hershey staff and that it was shown to at least one student. However, the school maintains it doesn’t know whether the tape was shown to Dobson.

In a statement released last week, spokesperson Lisa Scullin said the school “does not promote or endorse any program that could be remotely characterized as gay conversion therapy.”

“Any suggestion otherwise,” she added, “is a gross mischaracterization of our values and the environment on our campus.”

Largely financed by Hershey chocolate and Reese’s peanut butter cup profits, Hershey is America’s richest private school. Among other recent controversies, in 2016 the parents of eighth grade student Abbie Bartels sued the school after she committed suicide. Bartels was banned from the school’s campus after she was treated in a short-term psychiatric facility for suicidal thoughts. She took her own life two weeks later.

Eight states and Washington, D.C. have banned conversion therapy for minors and others are soon likely to follow.