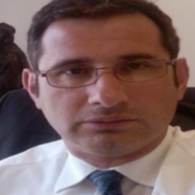 BLOOMBERG SURVEY. Hillary Clinton more unpopular than Donald Trump: “Trump’s 2016 Democratic rival is viewed favorably by just 39 percent of Americans in the latest Bloomberg National Poll, two points lower than the president. It’s the second-lowest score for Clinton since the poll started tracking her in September 2009.”

QUEEN. That Freddie Mercury biopic is finally going into production.

MITCH MCCONNELL. “I imagine many Democrats were celebrating last night. I hope they consider what they’re celebrating.”

SINGAPORE. Registry of Marriage voids marriage between same-sex couple: “They wedded as man and wife in October 2015. In June last year, the man went for a sex change and updated the identity card to say “female”. For eight months, they were a married same-sex couple here – until the marriage was voided in February.”

BEHIND THE SCENES OF THE DAY. Ricky Roman, Allen King, and Carter Dane are the new Fleshjack boys.

SOCIALISM. Millennials love it, but can’t say what it is.

TRAILER OF THE DAY. The Disaster Artist.

TOO HOT TUESDAY. Than Line.