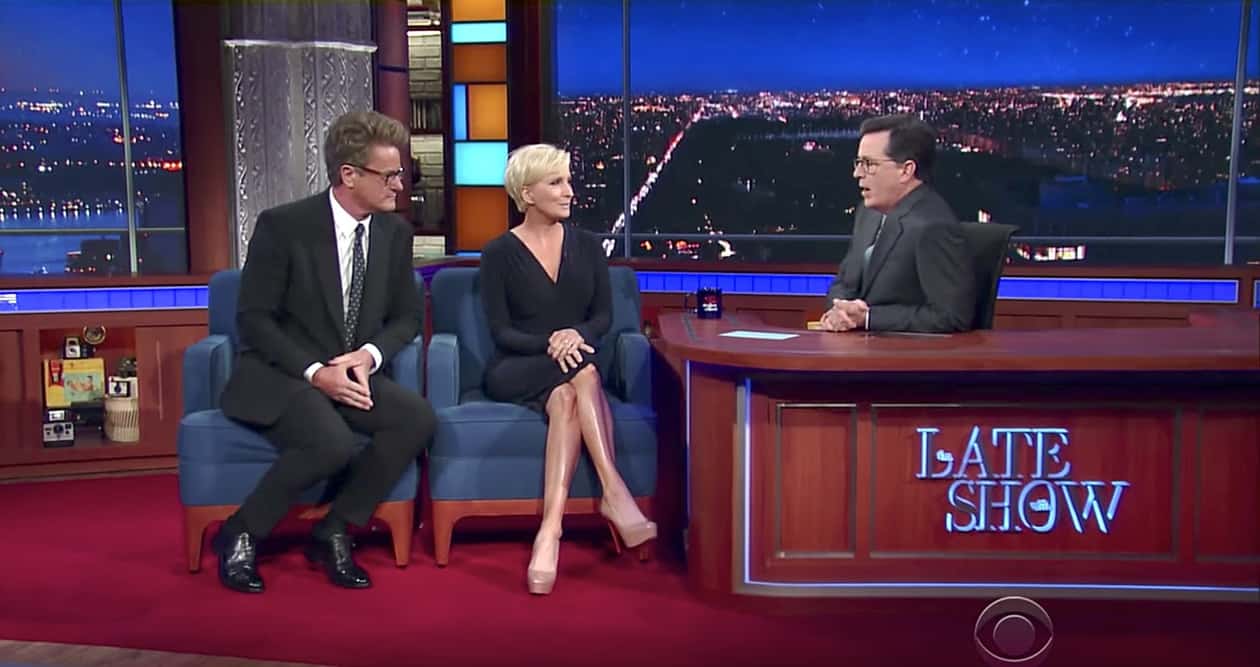 Morning Joe hosts Joe Scarborough and Mika Brzezinski appeared on The Late Show with Stephen Colbert to talk about the recent ‘bloody face lift’ tweet and all things Trump.

Asked why Donald Trump Jr. tweeted out emails between he and publicist Rob Goldstone setting up a meeting with a Russian lawyer, Mika said: “I have no frickin’ idea.”

Scarborough later explained why he’s done with the Republican Party: