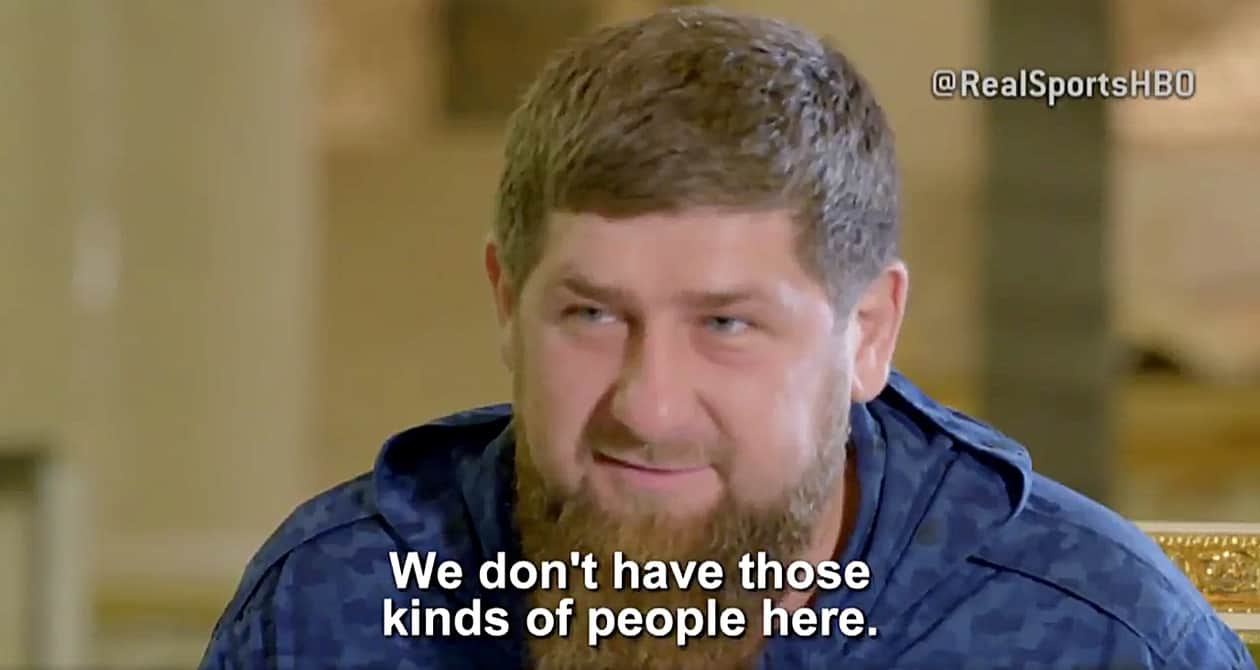 HBO Real Sports went to Chechnya to examine its Mixed Martial Arts program, which is a training ground for the military in the southern Russian republic, and landed an interview with its dictatorial leader Ramzan Kadyrov.

The conversation led host David Scott to question Kadyrov about the detention, torture, and executions of gay men in his country.

Kadyrov became irritated at the question: “Why did he come here?,” Kadyrov asked of Scott. “What’s the point of these questions?”

Kadyrov repeated a common assertion that there aren’t any gays in Chechnya, but it was his extended answer that provided a chilling glimpse into the mindset of this murderous leader.

“They are devils. They are for sale. They are not people. God damn them for what they are accusing us of. They will have to answer to the Almighty for this.”

2. Kadyrov says if there are any gay people in Chechnya they should be removed in order to purify the blood of the Chechen people. pic.twitter.com/oTshkbFGLO