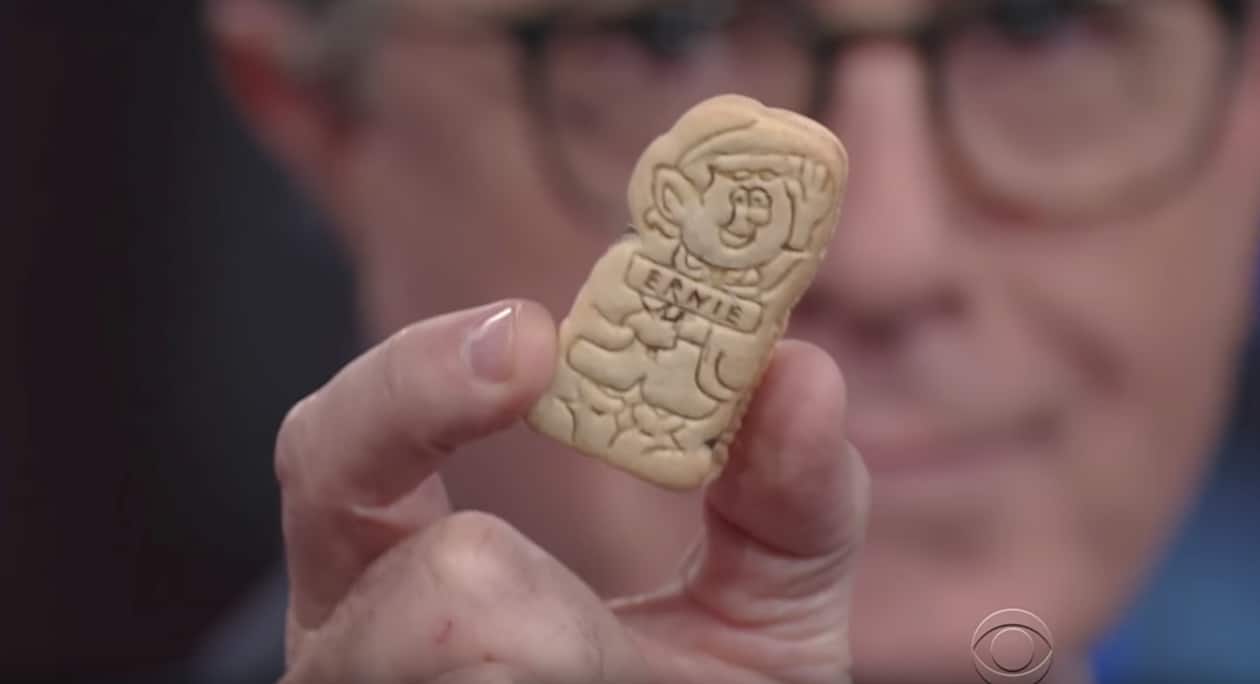 Stephen Colbert last night took aim at Attorney General Jeff Sessions and his speech to Alliance Defending Freedom, the anti-LGBT hate group representing the anti-gay baker in the case before the Supreme Court.

Sessions speech to the group was done behind closed doors, Colbert noted:

And because both ADF and Sessions have refused to release a transcript (though an alleged set of remarks surfaced earlier this week), we can only speculate as to what he said.

“So I will,” said Colbert, before proceeding to animate Sessions through use of a Keebler elf cookie.

Previous Post: « Chechnya Dictator Ramzan Kadyrov: Gays ‘are Not People. They are Devils. They are for Sale’ – WATCH
Next Post: Floyd Mayweather Calls Conor McGregor Anti-Gay Slur in Front of 10,000 Screaming Fans: WATCH »