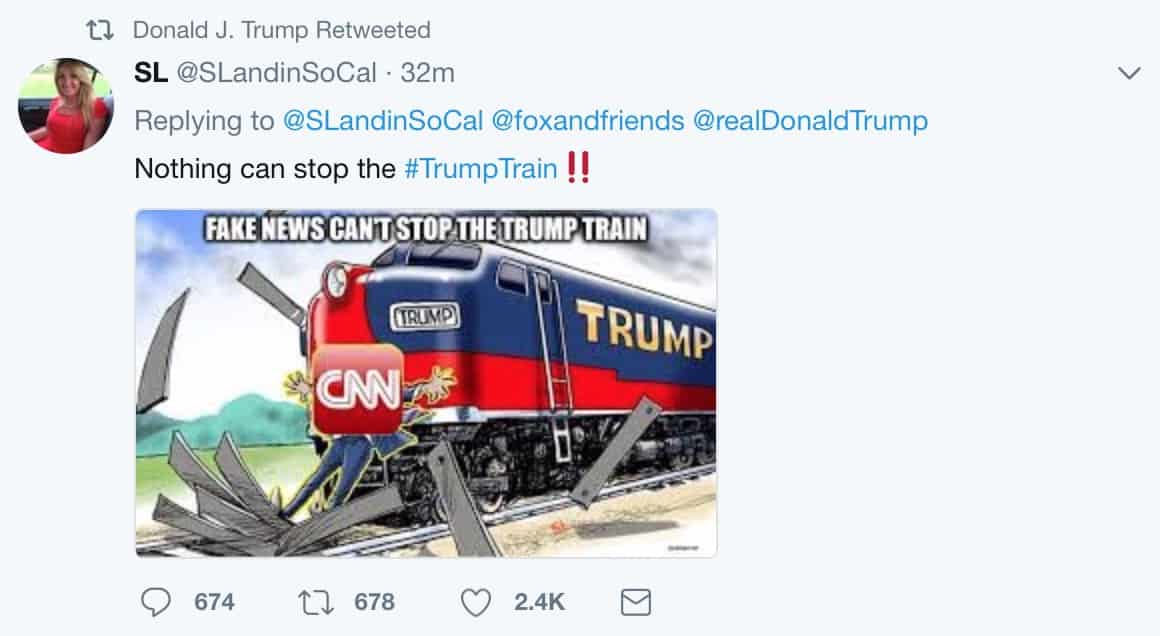 Donald Trump on Tuesday retweeted and then deleted an image of a ‘Trump’ train ramming CNN. The retweet comes just days after protester Heather Heyer died in a deadly car-ramming in Charlottesville.

The image seemed intended to pile on Trump’s attack on CNN’s Jim Acosta Monday night in which he once again called the network “fake news” but the image of a moving vehicle running down a person takes on added meaning after the weekend’s death in Charlottesville.

The cartoon was reminiscent of the video Trump retweeted last month which showed him beating up a man with a CNN logo on his face.