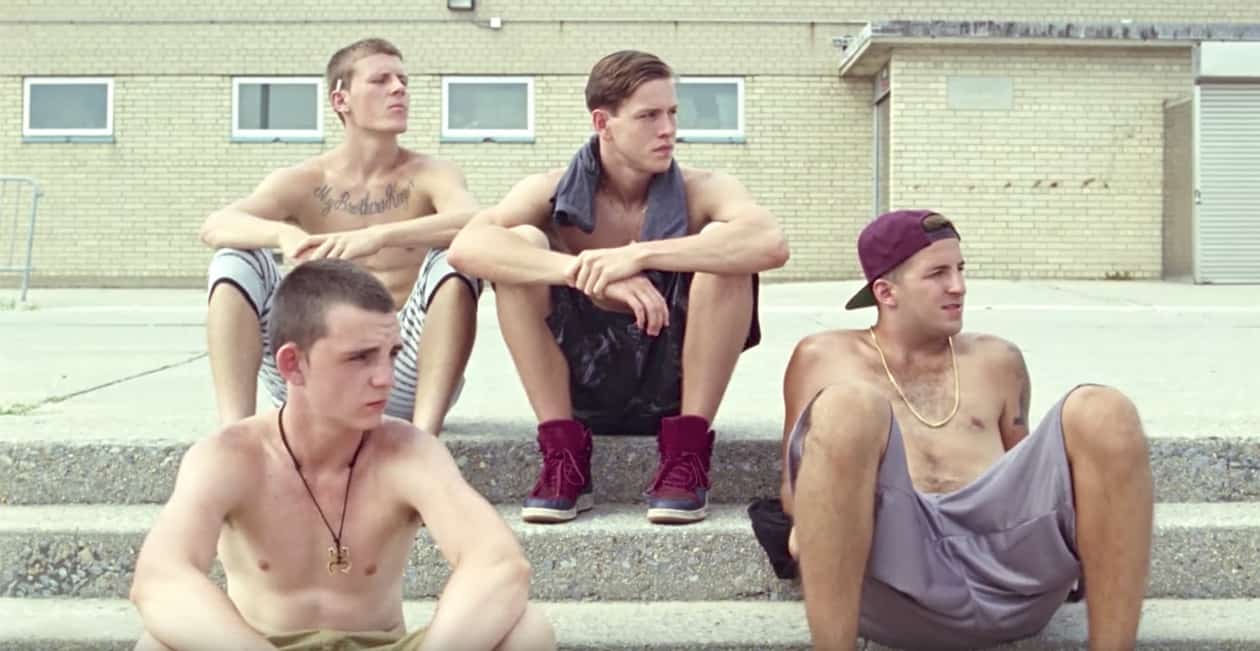 Here are three new clips from the Eliza Hittman film Beach Rats, about a gay teen’s sexual awakening in modern day Brooklyn, which is out this Friday.

We’ve previously posted the film’s trailer, which you can watch HERE.

On the outskirts of Brooklyn, Frankie, an aimless teenager, suffocates under the oppressive glare cast by his family and a toxic group of delinquent friends. Struggling with his own identity, Frankie begins to scour hookup sites for older men. When his chatting and webcamming intensify, he begins meeting men at a nearby cruising beach while simultaneously entering into a cautious relationship with a young woman. As Frankie struggles to reconcile his competing desires, his decisions leave him hurtling toward irreparable consequences.

Wrote on commenter on Towleroad (andrewd215) a month ago (possible SPOILERS):

I had Beach Rats as one of my must see movies when I went to the Provincetown Film Festival in June. After watching the movie I left wondering if they had shown a different version than the one I had read about getting all the praise. The film did a good job of drawing you into the character and the struggles he was going through, especially in the hyper sexual heterosexual normative male environment he was in. However, it was interesting at the conclusion of the movie to hear more than a few scattered boos but rather a good number and vocal comments among people as they stood to leave and walking out making comments such as “such a f**king cop out” and other like statements. It seems that among those most verbal, that an ambiguous ending for movie can be exceedingly frustrating after the build up the movie because the ambiguity of the ending was so complete and that it would be hard to have a discussion as to how Frankie’s life went from there. Maybe the harsh reactions at the end of the movie were because it showed the anguish, the angst, and his struggles but did not portray or provide that anything resulted from it all so that any dialogue would have to been abstract.

From what I remember about the movie the cruising that went on was a result of Frankie’s online cam site sessions, that in addition or rather than a JO session, lead to an arrangement to meet up. The active cruising scene was the exception but was the result of a failed hook up that lead him to approach a car in the hookup cruise parking area that lead to a very successful night of hot sex. I don’t think this movie is one that will reach people that need to be reached, or in pain and conflict or questioning their sexuality because of the ending of the film. If anything the movie will probably lead those in similar situations and environments to stay in the closet. At least in a 90’s coming out movie you had some idea that come out was a positive thing to do.