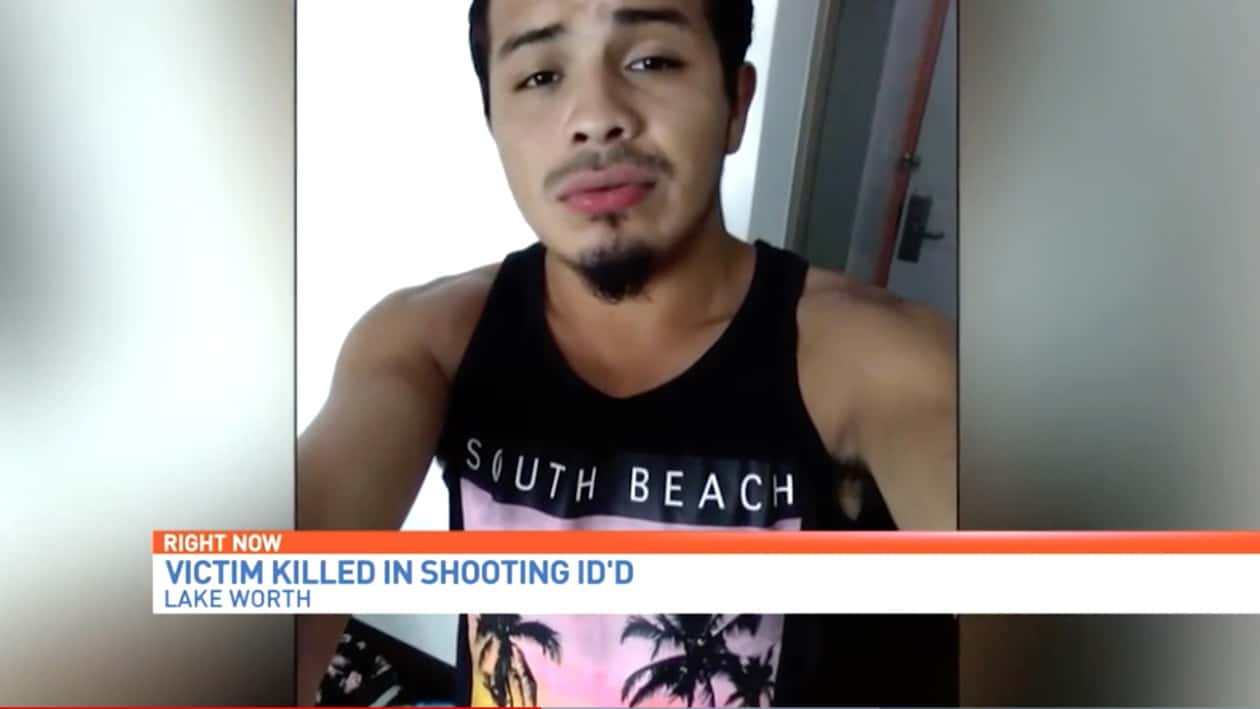 A Florida man was murdered early Sunday morning defending his gay friends from a drunk homophobe who followed them out of the restaurant where they were eating.

A bystander who was injured in the shooting said the suspect, Nelson Hernandez Mena, was pissed off that the bystander had asked Mena’s dining companion for his phone number.

Multiple witnesses reported that Mena came after the group and shouted, “If we were in my country I’d kill all of you like rats. I hate you damned gays. I’m going to kill you all here.”

The victim, 22-year-old Juan Javier Cruz (above), was shot dead with a handgun Mena pulled from his pocket after defending his friends.

Mena later told police he had consumed 15-20 beers that day.

Cruz and Mena were both with groups of friends eating and drinking inside Las Flores before the shooting, according to the PBSO report.

Mena was denied bond Monday morning by Judge Dina Keever-Agrama. The family of Cruz appeared in court with the hopes that the judge would “do the right thing,” and send Mena to jail, Cruz’s cousin Brenda Carballo said.

Hernandez Mena is charged with first degree murder and aggravated assault with a firearm.