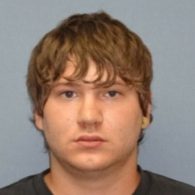 OKLAHOMA. Man arrested for planning Timothy McVeigh-style attack: “Jerry Drake Varnell was arrested shortly after an attempt early Saturday morning to detonate a fake bomb packed into what he believed was a stolen cargo van outside a bank in Oklahoma City, according to a criminal complaint filed in federal court. He was charged with attempted destruction of a building by means of an explosive.”

WHITE SUPREMACISTS. So what happens now?

TEXAS A&M. White supremacist event canceled: “A white supremacist rally—organized in the wake of racist violence over the weekend in Charlottesville—scheduled to be held at Texas A&M University on Sept. 11th has been cancelled due to safety concerns, the university announcedMonday evening. The event was being billed as a “White Lives Matter Rally” by its white nationalist aligned organizer, Preston Wiginton. ”

AND CHILL. Shonda Rhimes is headed to Netflix, exclusively.

AUCTION. ESPN auctions off Odell Beckham to a predominantly white crowd. “it’s safe to say the optics of this sketch were not ideal. The image of a black man being auctioned off by a white man and being “sold” to the highest bidder is reminiscent of a slave auction.”

SHANGHAI. Thief performs oral sex on man before stealing his wallet and smartphone: “Police watched carefully as A’Jun wandered into the frame at around 2 a.m. that morning and promptly passed out on an extremely uncomfortable-looking bench. Over the next few hours, a few people passed by, but at around 4:30 a.m., a suspicious man approached A’Jun. After making sure that there was no one else around, he began to touch A’Jun’s crotch and soon went to work.” 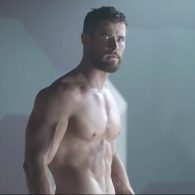 CHRIS HEMSWORTH. Thor got liberated by a new hairdo: “When I didn’t have the wig on, I instantly felt like I could move and speak and react differently. Once we aesthetically stripped a lot of that away, it allowed the whole thing to take on a different attitude. It felt like a completely different character, and that was hugely liberating and freeing as an actor because I had become a bit bored with myself.”

AIRDROPPING. Men assaulting women with dick pics on the subway over iPhone’s ‘Airdrop’ feature: “Since more straphangers using the MTA are carrying advanced iPhones and awareness of the AirDrop app has increased, local straphangers have started noticing a troubling trend first reported in London in 2015.”

TRAILER OF THE DAY. A new spot for gay drama God’s Own Country.