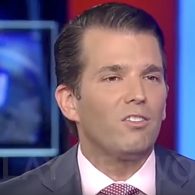 CLOSER. Grand jury issues subpoenas in Russia probe: “A grand jury has issued subpoenas in connection with a June 2016 meeting that included President Donald Trump’s son, his son-in-law and a Russian lawyer, two sources told Reuters on Thursday, signaling an investigation is gathering pace into suspected Russian meddling in the 2016 U.S. election.”

EYES ON MIKE PENCE. Is he making the moves? 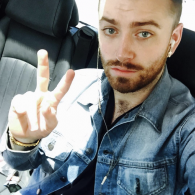 SAM SMITH. Attitude of a man, essence of a woman.

TRANSGENDER MILITARY. Trump’s tweet plunged the military into chaos: “A team of military lawyers has been pulled together to deal with the matter, Adm. Paul Zukunft, the Coast Guard commandant, said at the Center For Strategic and International Studies this week. These lawyers are working with the White House to flesh out some of the issues, and they’re bolstered by a Pentagon working group that had initially been set up to advance the implementation of the Obama administration’s year-old repeal of a transgender ban. Now, they must deal with whatever new post-tweet policy emerges, according to the officials, who weren’t authorized to speak publicly on the matter and requested anonymity.

SUSTAINABLE. Justin Bieber explains to fans why he canceled tour.

DOUG MANCHESTER. San Diego hotelier says he regrets donations opposing marriage equality: “Manchester, the former owner of The San Diego Union-Tribune, said he should not have given $125,000 to support Proposition 8, a 2008 ballot measure that prohibited same-sex marriage that passed with 52 percent of the vote.” 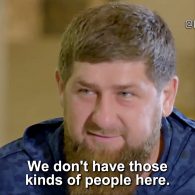 CHECHNYA. Only five countries are helping gay Chechens leave Russia: “But France, Germany and Lithuania were the only EU countries that agreed to work with the network on the relocation of victims of the anti-gay purge. One source close to the Lithuanian government told EUobserver in May that Canada was also working with Lithuania and the Russian LGBT network on the evacuation.In recent weeks, one more country, which wants to remain anonymous, has teamed up with the Russian LGBT network – a step that has been welcomed by its representative, Tatiana Vinnichenko.”

LONDON. Gay couple attacked by gang over brightly colored shoes. “Then they started calling us poofs and saying, ‘Is this your boyfriend?’ and ‘F*****g hell, what are you wearing?’”

GAY PURGE. Justice Department ordered to release documents: “The Justice Department must search for and release historical records pertaining to a “purge” of gay and lesbian federal employees by the Federal Bureau of Investigation (FBI) under J. Edgar Hoover, the U.S. District Court for the District of Columbia ruled last week. The documents are related to President Dwight Eisenhower’s Executive Order 10450, which ostensibly gave the heads of federal agencies the power to investigate and dismiss government workers if they posed a national security risk.”

CASTING. Scream reboot seeks actor for gay role. Michael Ausiello: ‘Here’s an interesting little casting scoop: MTV is currently looking to fill the role of Manny, an openly gay senior who’s “smart as hell,” even if he hasn’t quite found his place in life yet. Unfortunately, the outsider’s quest to find himself — as well as his desire to keep the few friends he has — will land him “in the crosshairs of a killer.” (But, hey, doesn’t everyone end up there eventually?)’