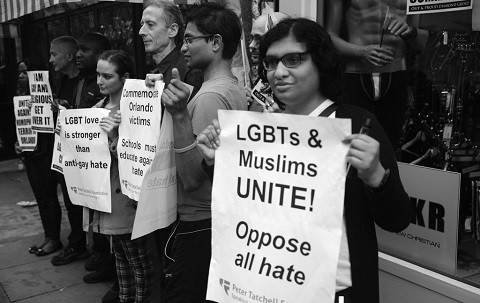 A recent survey has found that American Muslims are now more accepting than white evangelicals of LGBT people.

Conducted between January and May of this year, 52 percent of Muslim respondents to the Pew Research Center survey said that homosexuality should be accepted by society. This is an increase of 25 percent since 2007.

However, only 34 percent of white evangelical Protestants said they believe homosexuality should be accepted. This is the smallest percentage of any group surveyed.

Within the U.S. Muslim community, women and college graduates had the highest acceptance rate of homosexuality (both 63 percent), followed by less religious Muslims (62 percent) and millennials (60 percent).

Additionally, the survey found that white mainline Protestants have the highest acceptance rate of LGBT people, with 76 percent saying it should be accepted by society.

Read the survey results below.