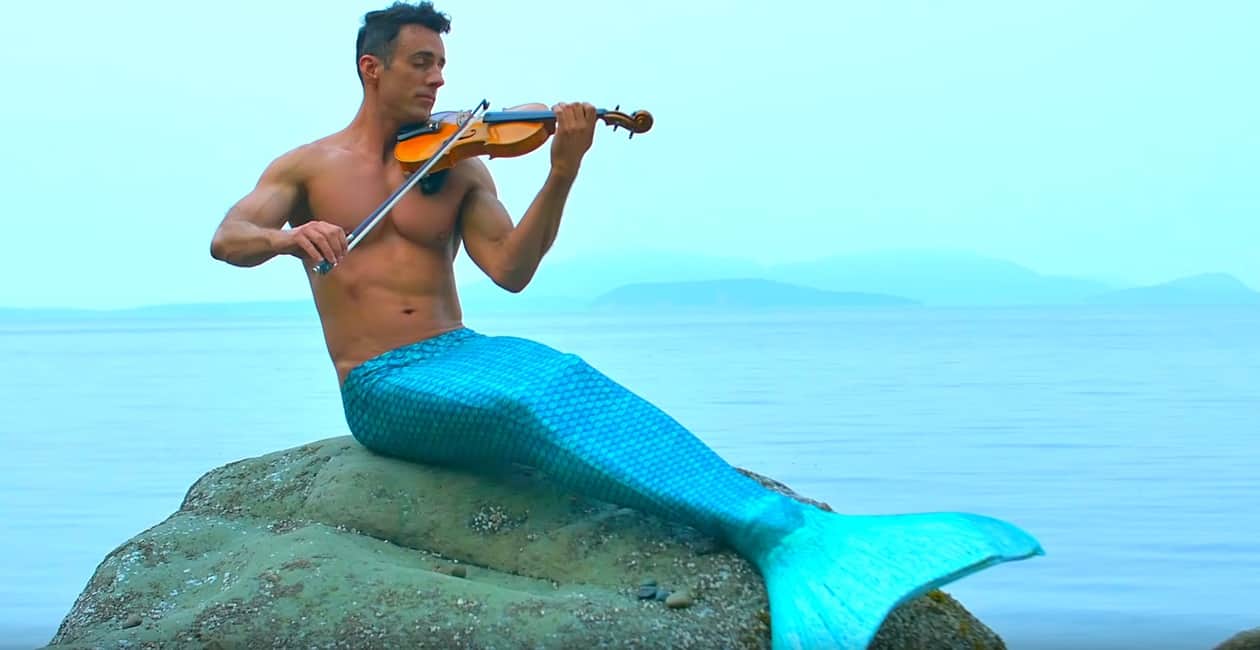 The Shirtless Violinist is back with another Disney classic, with a twist.

We all know the story of Ariel, The Little Mermaid. But have you heard of Areola, The Little Merman?? Just like his seashell-clad sister, he dreams of having legs and exploring the shore up above…

Instead of singing his woes, Areola plays “Part of Your World” on his violin while spying on a handsome Prince. In that moment, the hapless Merman imagines how life would be if he was able to step out of the ocean and into the arms of the Prince…

Will his dream come true?

Will the Merman and the Prince share true love’s kiss?

After the unexpected success of our “Beauty and the Beast” music video, my boyfriend and I decided, as a gay couple, that we had to take on another “Gay Disney Fairytale” — so we asked our fans: What do you want to see next??

The overwhelming response was Walt Disney’s THE LITTLE MERMAID! And I have to confess, I knew it would be. For some reason this is a story that resonates so much with the LGBTQ community – and why do you think that is? Because it’s a story about someone who feels like they don’t belong; like societal expectations don’t match their personal desires; and because—let’s be honest—we all have a crush on Prince Eric!

Our version of the “tail” has a twist of course, but the theme is the same: Love is love! It knows no gender, race, or creed. It’s a boundless and beautiful thing, and we hope you enjoy our tribute!

We filmed on a gorgeous little cove in Larrabee state park in Washington. You can see a few of the San Juan Islands behind Areola as he plays. While the beach appears to be secluded in the video, it slowly filled up throughout the morning of the shoot. By noon we had amassed an audience of men, women, and children who watched curiously but kept a respectful distance. If you look very closely, you might catch one of their shadows!