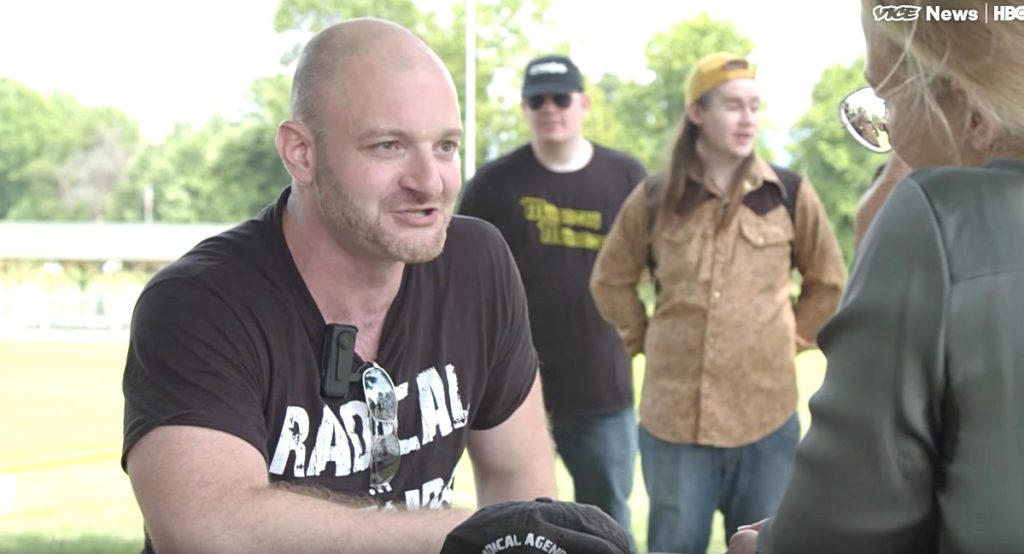 If you haven’t seen VICE’s documentary on the Charlottesville white supremacist rally, it’s really worth 20 minutes of your time.

Among its subjects is Unite the Right’s Christopher Cantwell, the neo-Nazi seen crying in a video today after learning there’s a warrant out for his arrest.

Says Cantwell in the doc:

“When the Trayvon Martin case happened, Michael Brown, Tamir Rice, and all these different things happened, every single case it’s some little black asshole behaving like a savage, and he gets himself in trouble, shockingly enough. Whatever problems I might have with my fellow white people, they generally are not inclined to such behavior — and, you know, you gotta kinda take that into consideration when you’re thinking about how to organize your society.”

RELATED: Charlottesville Neo-Nazi Bawls on Camera After Learning There’s a Warrant for His Arrest: WATCH

Cantwell also tells VICE that he’s looking for a leader, “someone like Donald Trump who does not give his daughter to a Jew.”

He adds: “A lot more racist than Donald Trump. I don’t think you can feel about race like I do and watch that Kushner bastard walk around with that beautiful girl.”

Facebook spokeswoman Ruchika Budhraja told the Associated Press on Wednesday that the profile pages of Christopher Cantwell have been removed as well as a page connected to his podcast.