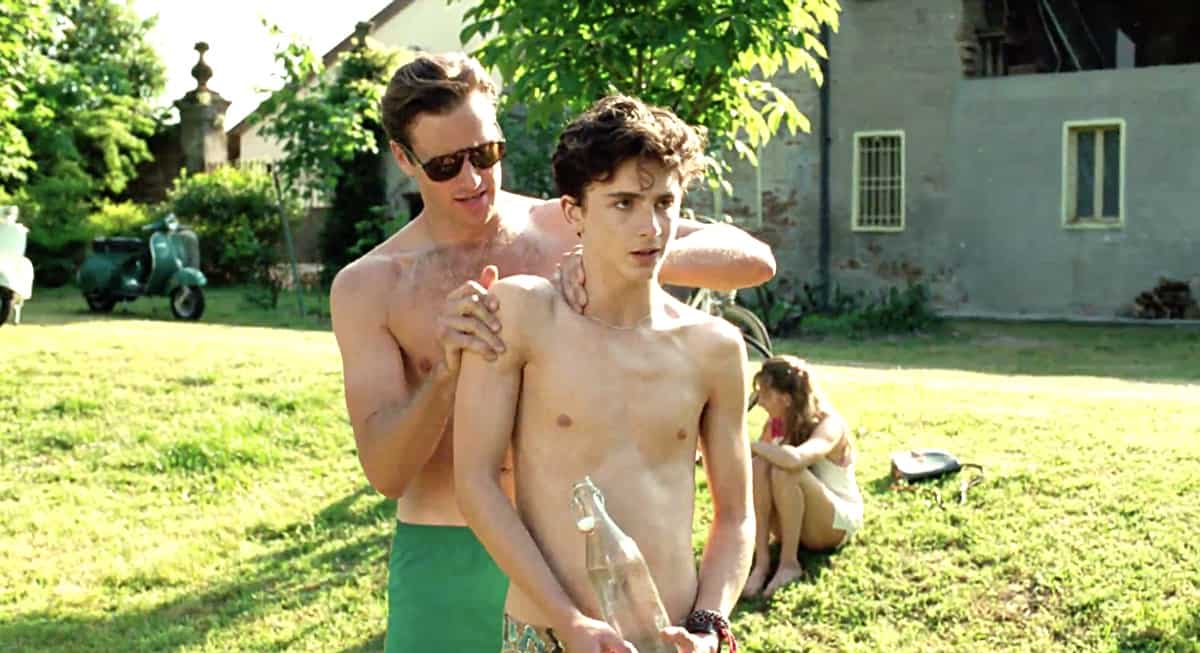 Call Me By Your Name, the film adaptation of the Andre Aciman novel starring Armie Hammer and Timothee Chalamet and directed by Luca Guadagnino, was a critical rave at Sundance, and snatched up quickly in January by Sony Pictures Classics.

It premiered this week at the Toronto International Film Festival to a standing ovation.

Hammer said he almost turned down the role, according to The Hollywood Reporter:

“I did want to pass. I did want to pass. It scared me. I was a little nervous about all the nudity that was originally in the script. And I had images of my daughter being at school, and she’s 13 years old, and people are teasing her and printing out pictures of my penis and, I thought, ‘Oh man!'”

Hammer added that he thought the movie would provide a needed break from the world we’re in right now:

“It’s a crazy, bizarre, weird and scary world, and anytime you can infuse a little bit of beauty and remind people that, yes, things might be terrible somewhere else, … but you will feel like you’re having a summer vacation if you watch this movie, and just that bit of escapism can be nice too.”

This week, Entertainment Weekly debuted five minutes from the newly-recorded audiobook from the Aciman novel, read by Hammer.

Here’s a clip from the film released earlier this year.