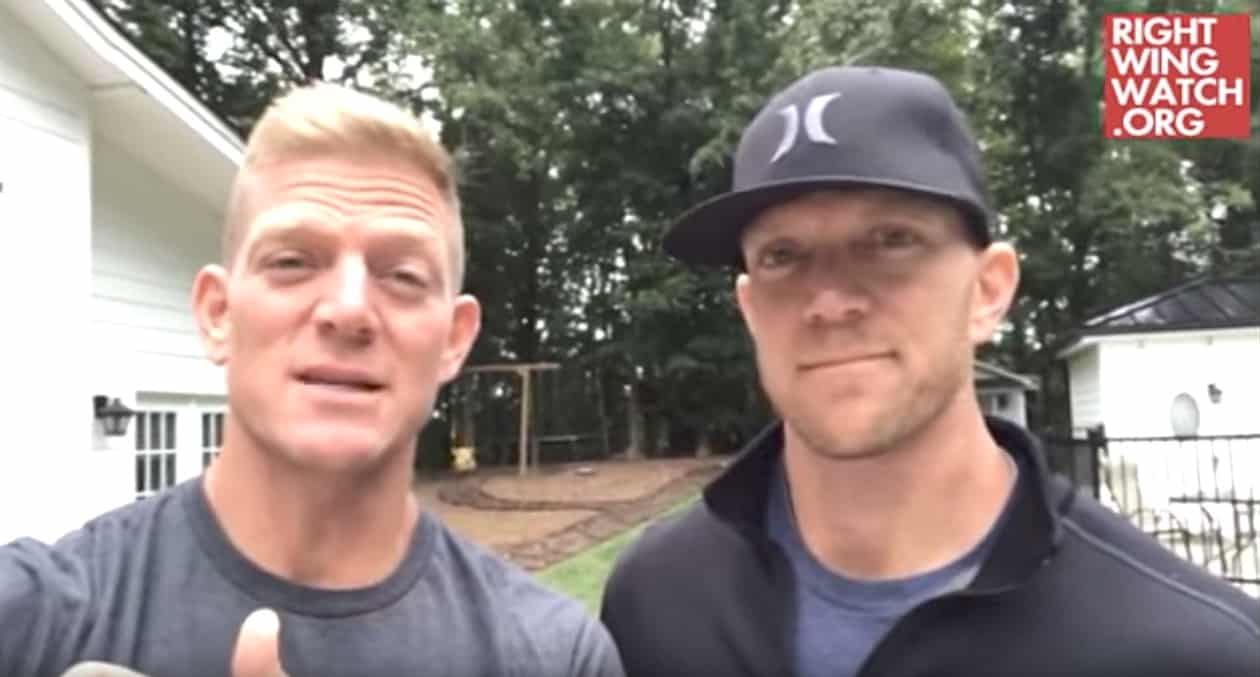 David and Jason Benham, the questionably straight outspoken twins of the religious right, have figured out why the U.S. is being hit with hurricanes: it needs to repent for LGBT rights, Right Wing Watch reports.

“One of the things we heard a lot 16 years ago was rebuild, rebuild, rebuild. But the word we didn’t hear was repent, because as a nation if you would have told us back then in 2001 that in 2017 we would be completely redefining what gender means, what marriage means, what sexuality means, people wouldn’t even be standing for the anthem, and there’d be riots and protests in our streets and white supremacists with torches in their hands, and Antifa bullying and beating people into comas, I would have said there’s no way that would happen. So today, there’s a message from God for us.”

Jason then jumped in to exclaim that in their Bible reading yesterday, Psalms 104:4, they read the phrase “God, he makes the winds his messengers.”