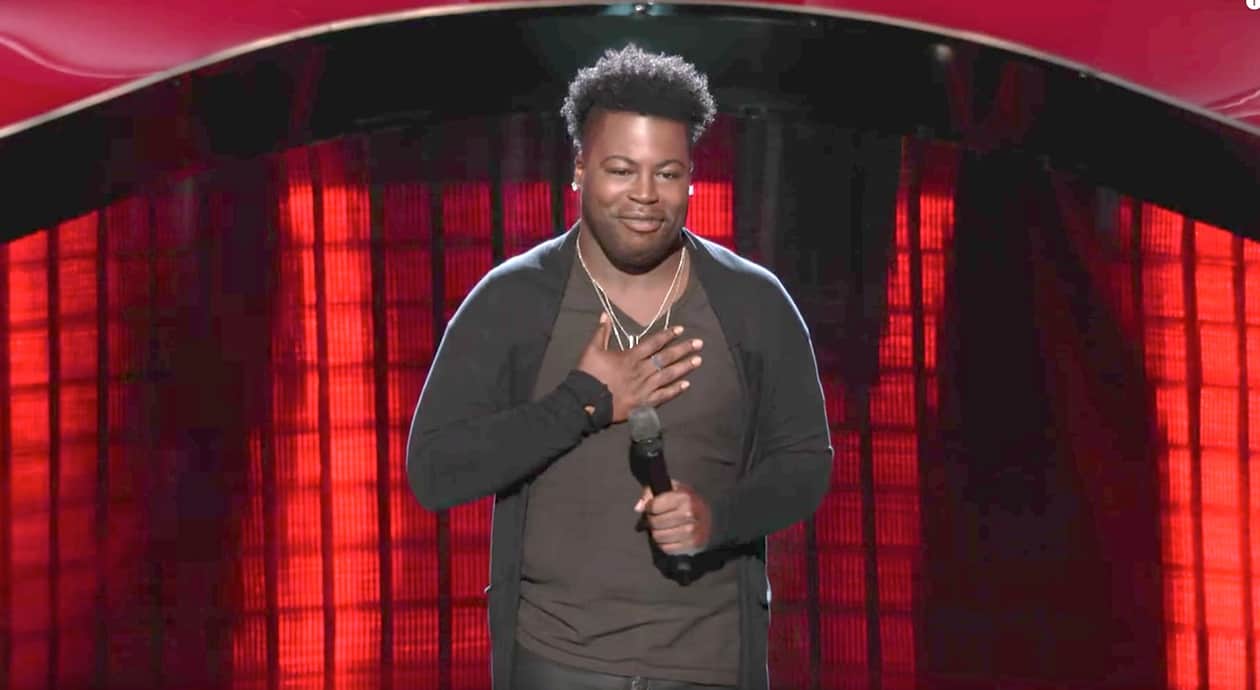 Miley Cyrus, Jennifer Hudson, Adam Levine and Blake Shelton had it out on last night’s season premiere of The Voice after all four chairs turned during drag queen and worship leader Chris Weaver’s amazing blind audition to the song “Try a Little Tenderness”.

According to NBC’s bio on Weaver:

“Chris is a worship leader by day and a drag queen by night. He grew up singing in the church because his mom was a Pentecostal preacher, but being gay, he never quite felt he could express his true self until he discovered drag. His drag persona is a gorgeous sassy woman named Nedra Belle. He performs weekly at the West End Lounge, hosting and singing live. Two years ago he had the opportunity to sing for Jennifer Hudson at a party for her Broadway show ‘The Color Purple,’ and she threw a shoe at him, which coming from their church background is the ultimate compliment.”

NBC News has a longer story about how Weaver was removed from the Des Moines, Iowa megachurch where he performed, part of the Evangelical Lutheran Church of America, after the church told him he must choose to see a counselor about his sexual orientation or leave.

Weaver found another church, “Zoe Ministries, the black church described as prophetic with roots in Pentecostalism,” after bringing a NYC subway car to complete silence when a stranger asked him to sing, NBC News adds:

“The church that I am at now, I didn’t find it. It found me,” Chris said. “I had just moved back a day or two before New Year’s Eve. This man comes up to me on the subway and tells me, ‘You sing.’ I wasn’t even singing at the time but he just said he knew I sang. He asked me to sing something for him so I sang something for him in the subway.”

Chris sang on the subway, bringing the entire train cart to complete silence, then applause, he said. The man who asked him to sing worked at a church, invited him to visit the following days, and offered him a position on the worship team.

Weaver began to perform weekly shows at a club, and at the church as his drag persona.

And this has led him to The Voice, and his coach, Jennifer Hudson.