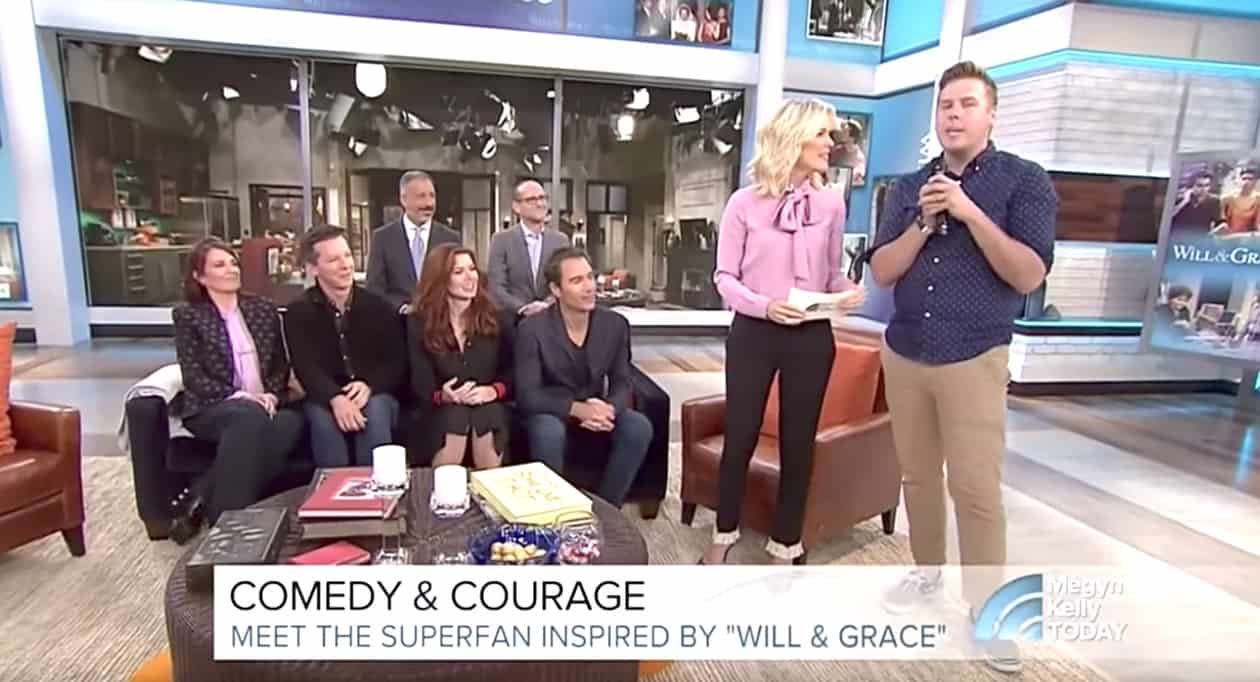 Megyn Kelly welcomed the cast of Will & Grace to her new NBC morning show, along with the show’s creators Max Mutchnick and David Kohan, but it is Kelly’s interaction with superfan Russell Turner at the end of the segment which is getting attention.

After welcoming Turner up to the set, she asked him, “Is it true that you became a lawyer — and you became gay! — because of Will?”

Replied Turner: “I look at Will Truman, I’m like, ‘He has it made’: lawyer, best apartment in New York City, and gay? Come on, trifecta.”

After telling Turner that he was winning two free tickets to a taping in L.A., she assured him, “I don’t know about the lawyer thing, but I think the Will & Grace thing and the gay thing is gonna work out great.”

And the award for most cringeworthy talk show debut goes to.. Megyn Kelly for asking a Will & Grace fan if the show is why they "became gay" pic.twitter.com/Ij3LjDpEox

Megyn Kelly is every mom trying waaaaay to hard to "relate" to her gay son but instead just makes it waaaaay worse pic.twitter.com/dh2sSi2kVq