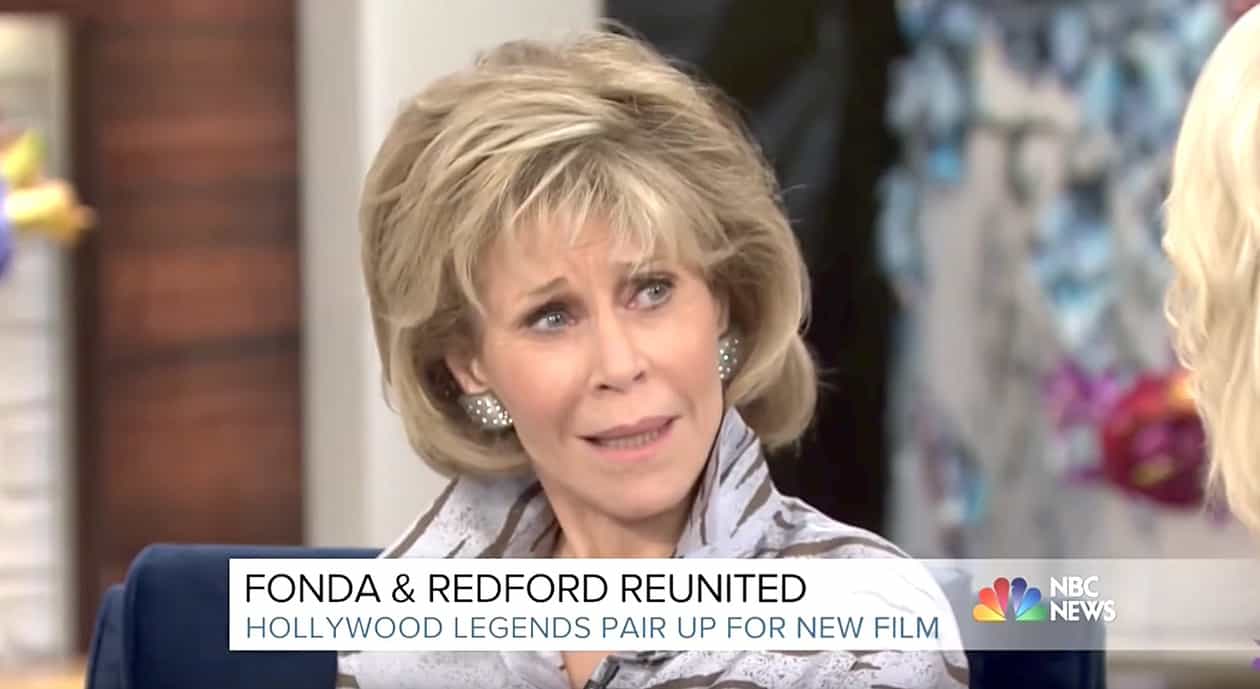 Megyn Kelly’s new morning show is making headlines, but not necessarily the kind she’d like. Her Will & Grace cast interview was widely blasted after she asked a superfan about “the gay thing” earlier this week, and now she’s been given the death glare by Jane Fonda after asking about the 79-year-old actress and activist’s plastic surgery.

“We really want to talk about that now?”, Fonda snapped. “Let me tell you why I love this movie that we did,” she went on, turning to co-star Robert Redford.

"Do U really want to talk about that?" says Jane Fonda in disgust to Megyn Kelly who drills actress on her plastic surgery & age @TODAYshow @nbc #EpicFail pic.twitter.com/UA7Vn1cvx2