You are here: Home / Morrissey Urges You to Live for Yourself on New Single ‘Spent the Day in Bed’ – LISTEN 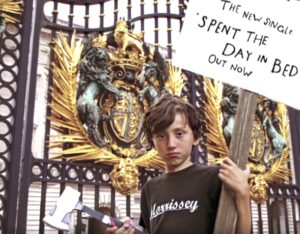 The single, “Spent the Day in Bed”, is classic dour Moz. Fans should love it.

He previewed the song on Monday when he joined Twitter and tweeted the title of the track:

Spent the day in bed…

No doubt Morrissey’s Twitter will have a lot more to say in the weeks to come given his tendencies to preach from his website. 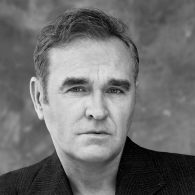 Some of the lyrics of “Spent the Day in Bed”

The full album, Low in High School, is out on November 17.

“Morrissey’s talent for combining political statements and melodies is more prevalent than ever on Low in High-School, capturing the zeitgeist of an ever-changing world,” music group BMG said in a statement.

Morrissey will launch the album with a 10 November concert at the Hollywood Bowl in Los Angeles, followed by a wider tour whose details will be announced later, BMG said.