HURRICANE IRMA. Early images show devastation of Caribbean islands. Forecast track. Buildings destroyed: ‘Irma, a Category 5 storm packing winds of up to 185 miles an hour, first made landfall at 2 a.m. on Barbuda, and later in the morning passed directly over St. Martin, the National Hurricane Center reported. There were reports of flooding, major damage to buildings, and severed electricity and phone service on those islands and Saint Barthélemy and Anguilla. The four “most durable” buildings on St. Martin were destroyed, the French interior minister, Gérard Collomb, said at a cabinet meeting in Paris, “which means that in all likelihood the more rustic buildings are probably totally or partially destroyed.”’ 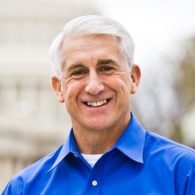 DAVE REICHERT. Seven term Republican congressman won’t seek reelection, giving Dems a big target in swing district: “Reichert’s district shifted south and east during the latest round of redistricting, encompassing more rural parts of King and Pierce Counties and several small communities east of the Cascade mountains.  Democrats are likely to make the new open seat a prime target: Hillary Clinton won the district by a 48 percent to 45 percent margin over President Trump in 2016, and President Obama won 57 percent of the vote there in 2008.”

ONLY IN YOUR DREAMS. ’80s pop queen Debbie Gibson to compete on Dancing with the Stars.

BROOKLYN. Ex-Hasidic mom who lost kids for being gay wins them back.

VICENTE FOX. Former Mexican president slams Trump on DACA. “.@realDonaldTrump cancelled the future of 800,000 kids who are the cornerstone of America and didn’t even had the balls to say it himself.”

.@realDonaldTrump cancelled the future of 800,000 kids who are the cornerstone of America and didn't even had the balls to say it himself. pic.twitter.com/hM3KejSzaW 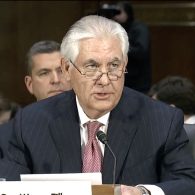 REX TILLERSON. The Secretary of State has finally, apparently, addressed the detention and torture of gay Chechens with his Russian counterpart: ‘A State Department official on Tuesday told the Blade the letter was sent “earlier in the summer.” The official declined to provide a copy of it.’

SELF-DRIVING CONGRESS. U.S. House approves sweeping self-driving car deployment: “The bill now goes to the Senate and would allow automakers to obtain exemptions to deploy up to 25,000 vehicles without meeting existing auto safety standards in the first year, a cap that would rise to 100,000 vehicles annually over three years.”

FORT WORTH. Rainbow Lounge owners scrap plans to reopen. “One of the bar’s co-owners told Lauren Zakalik that issues with the lease and other costs were the reason for the change of heart.”

MOST STYLISH. British GQ’s most stylish man of the year is…

INSTAGRAM THIS. Get ready for ruby chocolate: “The ruby chocolate joins milk, dark and white varieties as a naturally sourced type of chocolate, meaning it doesn’t take dye or food coloring to get its Pepto-Bismol look.”

SWALLOWING ROCK. There’s a Brazilian cave accessible only via a waterfall which you enter by getting sucked between rocks.

NEW TUNE OF THE DAY. U2 “You’re the Best Thing About Me”.