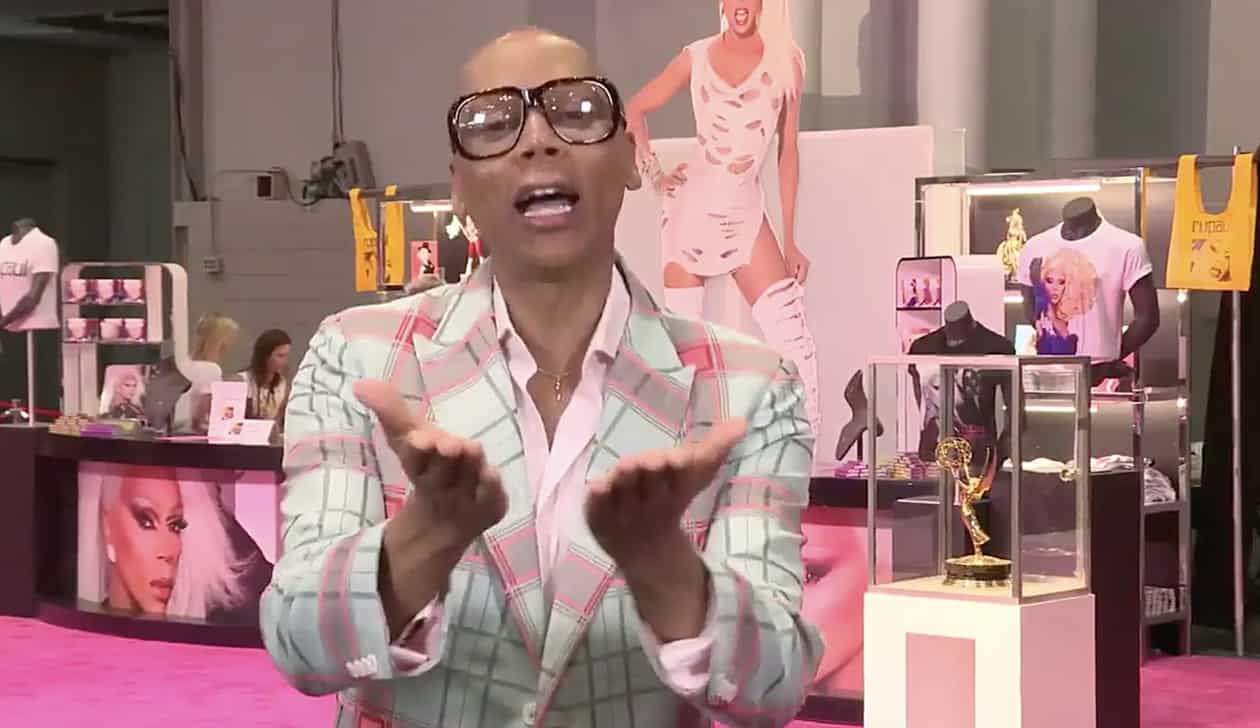 RuPaul took a moment to record a thank you from RuPaul’s DragCon, the massive drag convention which took place over the weekend at the Jacob Javits Center in New York City.

Also of note at the Emmys, a Drag King.

Melissa McCarthy took home a well-deserved Emmy for guest actress on a comedy series for her portrayal of Sean Spicer on SNL.