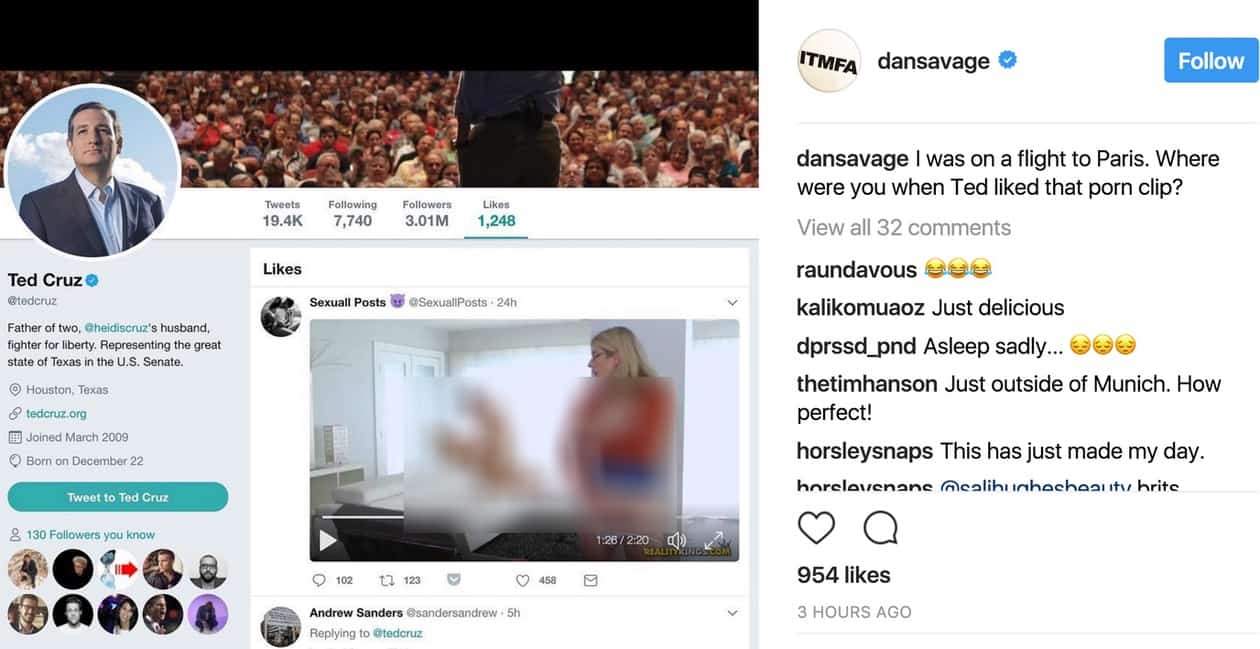 However, Frazier mistakenly said the video was posted to Cruz’s account, not liked.

The clip vanished from Cruz’s feed at approximately 1:30 am.

The former state solicitor general in 2007 tried barring Texans from buying sex toys by penning a failed argument that stretched for 76 staggering pages. Cruz’s one-time attempt to prohibit sales contradicted what one witness had to say about the future senator’s sexual encounters.

“Ted Cruz thinks people don’t have a right to ‘stimulate their genitals.’ I was his college roommate. This would be a new belief of his,” Craig Mazin tweeted last year.