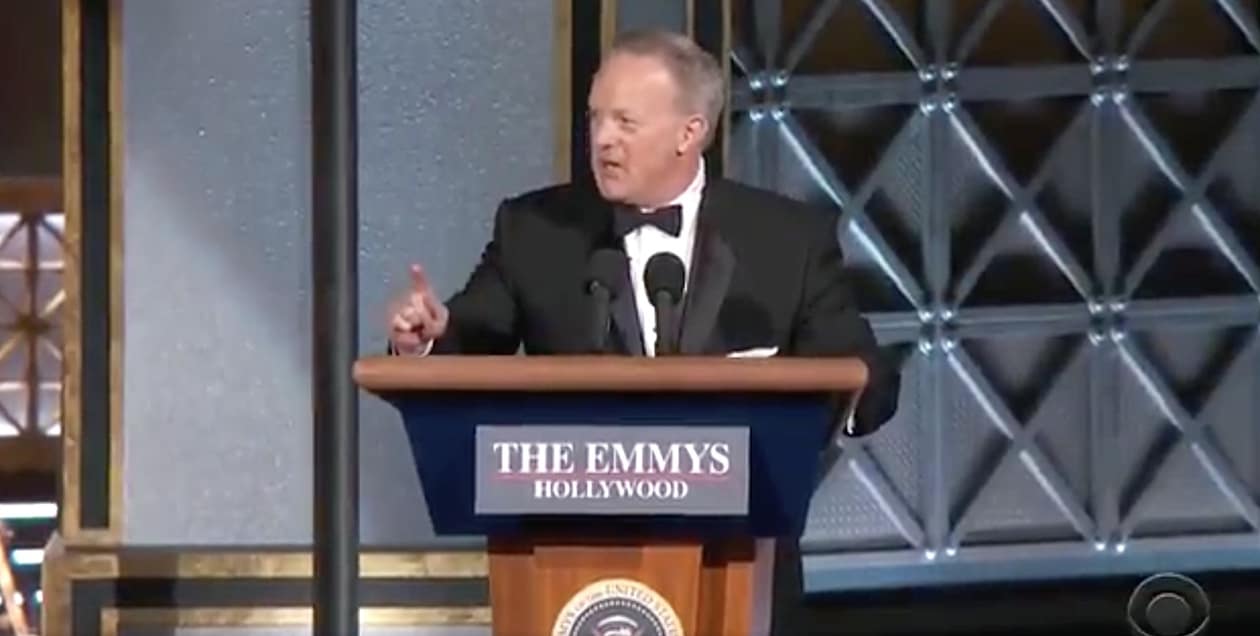 Sean Spicer made a surprise appearance at the Emmy awards, hosted by Stephen Colbert, who introduced the former White House Press Secretary as Melissa McCarthy. McCarthy won an Emmy this year for her parody of Spicer on SNL.

The reveal of Spicer drew gasps from the audience and swift backlash on Twitter.

Spicer’s appearance was the punchline to a joke about ratings which mocked Trump’s hyperbole.

Said Spicer “This will be the largest audience to witness an Emmys period, both in person and around the world.”

Are you watching what @SeanSpicer confirmed is the largest #Emmys ever, period? What are you waiting for? https://t.co/Fa37TDorZB pic.twitter.com/MGHlTN3JdO

.@seanspicer can normalize himself in good fun, but he still passionately advocated against human rights, health care, & American values

I'm not ready to laugh "with" Sean Spicer. I think he is an evil, opportunistic liar that hurt our country.

Sean Spicer was willingly the face of a white supremacist for months. He has no place on a stage that supposedly values equality.#Emmys

Sean Spicer: media needs to stop acting like everyone who's been on the TeeVee Box is normal, nice, and their friends.

Sean Spicer should be shunned forever from society, left to fend for himself in the woods like a wolf, not invited to swanky TV parties.