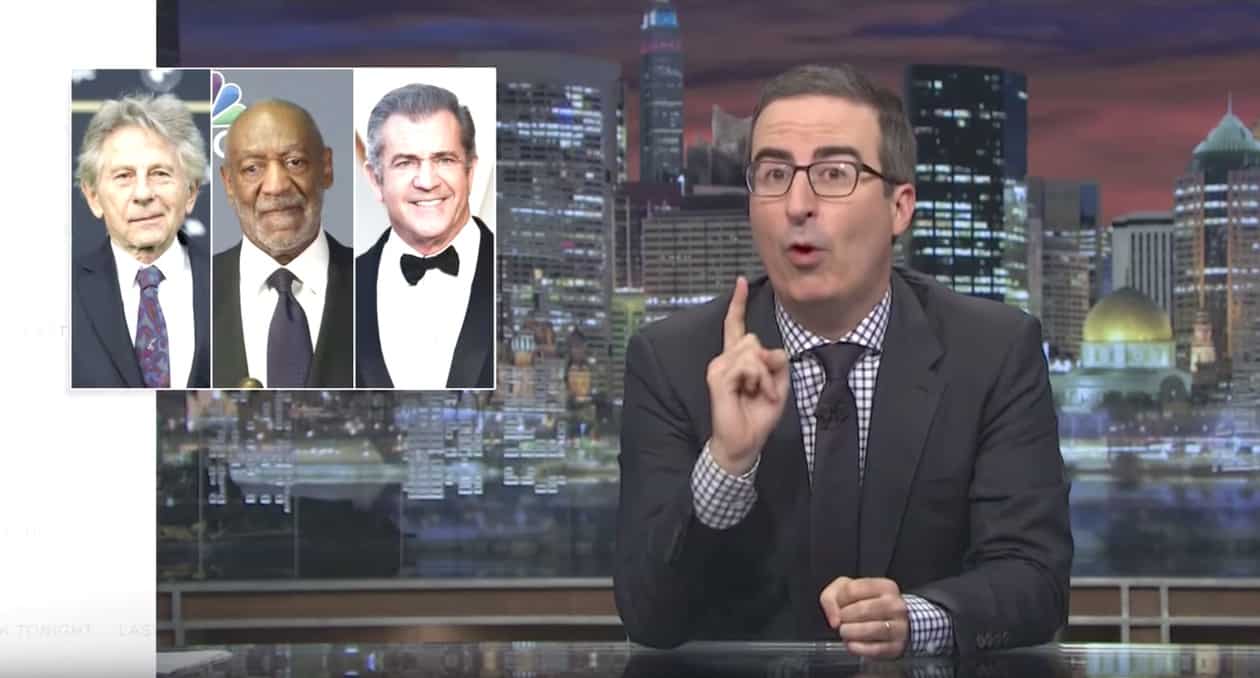 John Oliver took a look at the astonishing details surrounding the Harvey Weinstein sexual harassment scandal last night, blasting the Academy for hypocrisy for kicking him out and not others.

Said Everhart: “I told people on the boat, I told people at the dinner I was at. And everybody was, like, ‘Oh that’s just Harvey.'”

Oliver also called out Donna Karan for defending Weinstein, suggesting that by the way women are dressing and “presenting themselves these days” they are “asking” for it.

Finally, Oliver lashed out at the Academy of Motion Pictures Arts and Sciences, which kicked Weinstein out. Why? Because they gave other sexual predators in their membership a pass.

Said Oliver: “Yes, finally ― the group that counts among its current members Roman Polanski, Bill Cosby and Mel Gibson has found the one guy who treated women badly and kicked him out. So congratulations, Hollywood. See you at the next Oscars where ― and this is true ― Casey Affleck will be presenting Best Actress.”